Russia intends to start mining on the moon

February 17 2019
3
It became known that Russia, in the foreseeable future, intends to begin mining on the moon and begin to explore the natural satellite of our planet. They shared such interesting information with RIA News sources in the rocket and space industry of Russia. 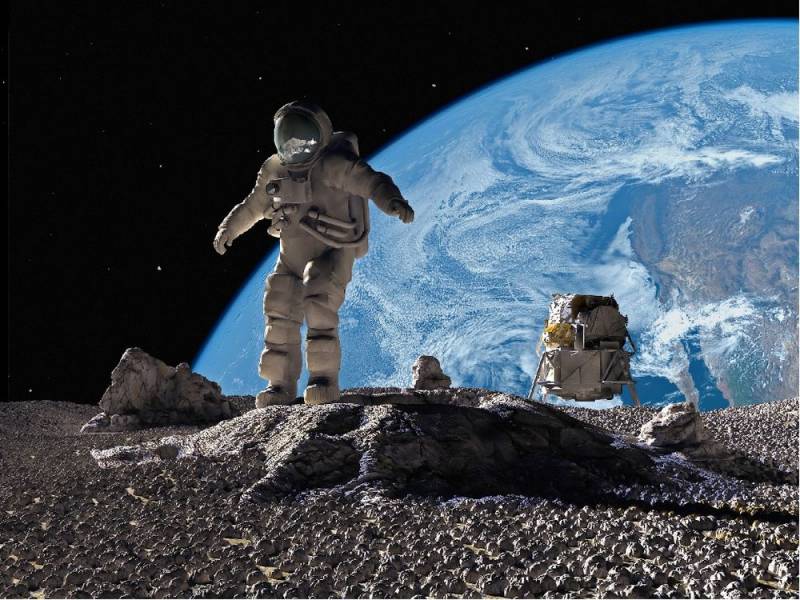 So, according to the information of the Roskosmos Institute TsNIImash, the first Russian manned expedition to the moon should take place in 2031, then these flights should become annual. For example, according to the plans of the Lavochkin NGO, from 2031 to 2035, during the course of four missions (flights), important equipment will be delivered to the moon. We are talking about a reusable ship for transporting goods, a heavy lunar rover weighing up to five tons for mining and the delivery of heavy modules for the construction of the lunar base.

In addition, as part of the Russian program for the exploration and exploration of the moon, from 2025 to 2030, they want to deploy a group of communication satellites in a lunar orbit. And in the period from 2034 to 2040 in the orbit of the moon should appear navigation devices for laying routes for equipmentworking on a satellite of the earth.

The Agency clarifies that according to the words of Dmitry Rogozin, Director General of Roskosmos, in 2021 they plan to send the Luna-25 landing station to the Moon, in 2023 the Luna-26 orbital station, and in 2024 - 2025 - the landing Luna-27 station.

It must be recalled that the interval between Soviet and Russian lunar missions is 40 years. The last time the USSR launched a spacecraft to the moon in 1976, it was "Moon 24".

Approximately in 2031, the Luna-30 landing station will deliver a reusable lunar ship to the surface of the Moon to support manned missions. In 2032, the Luna-31 landing station will bring to the Moon the aforementioned heavy lunar rover weighing up to five tons, equipped with the necessary tools for the development of lunar resources. In 2033, the Luna-32 landing station will deliver heavy modules weighing up to six tons to the Moon for the construction of the lunar test site, and in 2034, the Luna-33 orbital station should provide communications and navigation on the Moon.
Ctrl Enter
Noticed oshЫbku Highlight text and press. Ctrl + Enter
We are
The Russians will be on the moon in 2031
When Russia will build a base on the moon
Reporterin Yandex News
Read Reporterin Google News
Ad
We are open to cooperation with authors in the news and analytical departments. A prerequisite is the ability to quickly analyze the text and check the facts, to write concisely and interestingly on political and economic topics. We offer flexible working hours and regular payments. Please send your responses with examples of work to [email protected]
3 comments
Information
Dear reader, to leave comments on the publication, you must sign in.