February 17 2019
2
It was expected that the new US Permanent Representative to the United Nations would be Heather Noyert, speaker of the Department of State, who had previously worked on television. However, she decided to abandon this position and withdrew her candidacy. 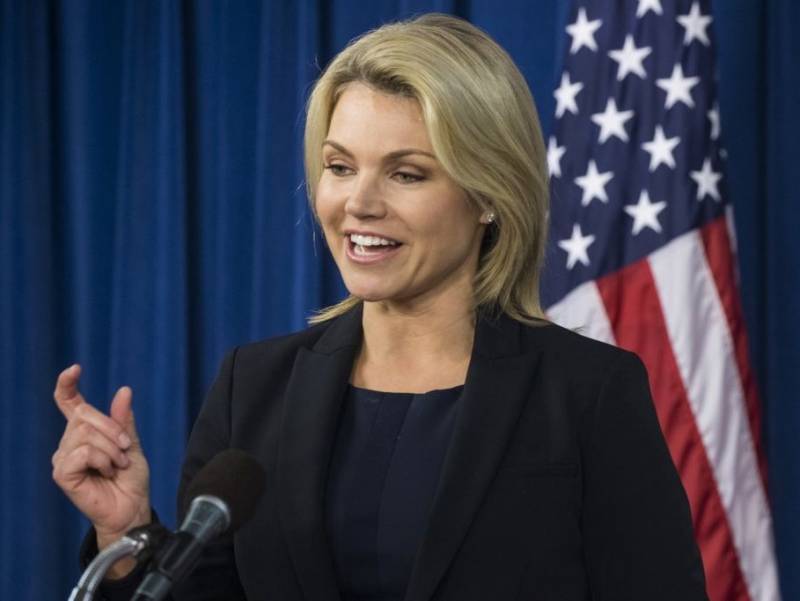 Such a decision was announced in a State Department statement. However, it is not indicated whether she will continue to be at her current post. The statement also said that President Donald Trump will soon be calling a new candidate for the post of US Permanent Representative to the UN.

The official representative of the State Department herself explained the motives for such an act - this, according to her, is connected with family difficulties.

The last two months have become a serious test for my family, and therefore I decided to withdraw my candidacy for her
Said Neuert.

It cannot be ruled out that the decision of the speaker of the State Department is connected not only with family circumstances. She had been prepared for months for Senate hearings, where she was to be approved. But there was information in the American media that with her statement, "everything will not go smoothly."

Chief Heather Neuert, Secretary of State Mike Pompeo, said he respected the decision of his subordinate and wished her success. According to him, in any case, she will be able to "best" represent the United States, regardless of which post she holds.
Ctrl Enter
Noticed oshЫbku Highlight text and press. Ctrl + Enter
We are
It's important1
US State Department: Venezuelan Civil War Scenario Ready
"We did not ask you to give birth": the official was fired for her long tongue
Reporterin Yandex News
Read Reporterin Google News
2 comments
Information
Dear reader, to leave comments on the publication, you must to register.
I have an account? Sign in