March 20 2018
0
Passions between Palestine and the USA are heating up. Things got to the point that the Palestinian leader Mahmoud Abbas called the "bitch son" of the American ambassador to Israel, David Friedman. The reason for such a harsh statement was Washington's support for the construction of Jewish settlements on the West Bank. 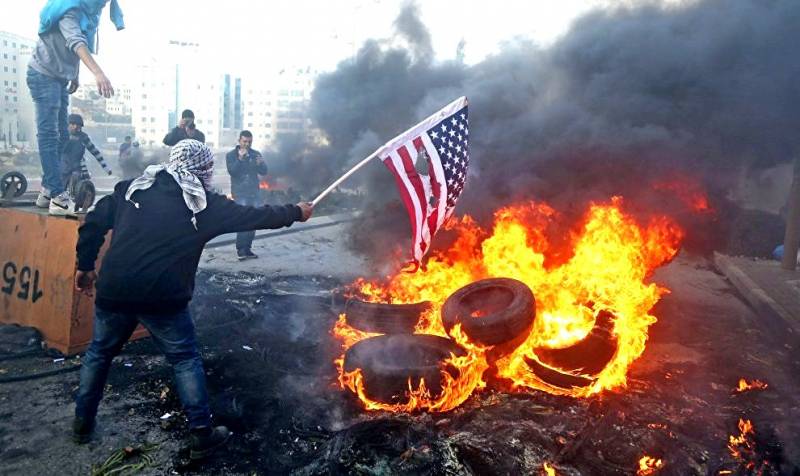 America’s ambassador to Tel Aviv, settler and “son of a bitch,” says it’s their land, and we say that settlements are being built on Palestinian land

American diplomat David Friedman is known as a personal friend of US President Donald Trump and a representative of the far-right camp. He is one of those who actively supports the construction of Jewish settlements in the occupied Palestinian territories, despite the fact that this issue is constantly becoming a source of tension in the region. Moreover, Palestinians accuse him of even financing the creation of Jewish settlements.

Relations between the United States and Palestine have been growing rapidly since the American president announced that his country would recognize the city of Jerusalem as the capital of Israel (this happened on December 6, 2017). Meanwhile, Palestinians consider the eastern part of Jerusalem to be their territory.

This Trump statement has been criticized not only by the Palestinians. The American leader was not supported in this matter even by many of the Western European allies. However, Washington received unexpected support ... from Guatemala. It is a state in Central America whose external policy fully controlled by the United States, also intends to open its embassy in Jerusalem. This was announced at the beginning of March by the President of Guatemala, Jimmy Morales, for which he immediately received great gratitude from the Prime Minister of Israel, Benjamin Netanyahu. So far, Honduras and Paraguay are ready to go in these footsteps, but they have conditions - Netanyahu should honor his country with a visit.

Now the US Embassy is scheduled to open in Jerusalem in May this year in the building of the American Consulate, and then its territory will be expanded. At about the same time, the Guatemalan embassy will be opened.

It should also be noted that the UN General Assembly at the end of last year by a majority vote condemned Trump's decision to recognize Jerusalem as the capital of Israel. Only nine countries supported Washington in this matter. 128 states opposed the position of Trump, 35 abstained.

In addition to these two acute issues, Palestine has other reasons for the hostility of US policy. So, Trump advocates a reduction in contributions to the budget of the United Nations Relief and Works Agency for Palestine Refugees (UNRWA).

It is time for President Abbas to choose between hate-rhetoric and concrete and practical efforts to improve the quality of life of his people and direct them towards peace and prosperity
He said, adding that his country allegedly “supports the Palestinian people.”

This hypocritical “support”, apparently, consists in recognizing Jerusalem as the Israeli capital, and at the same time in approving the construction of Jewish settlements. After which even sober-minded Israelis are forced to fear that such steps by Trump are fraught with exacerbation of the already complex conflict.
Ctrl Enter
Noticed oshЫbku Highlight text and press. Ctrl + Enter
We are
Russian living in Europe: Local finally began to think better
Threw a match: Israel is about to burn
Reporterin Yandex News
Read Reporterin Google News
Ad
We are open to cooperation with authors in the news and analytical departments. A prerequisite is the ability to quickly analyze the text and check the facts, to write concisely and interestingly on political and economic topics. We offer flexible working hours and regular payments. Please send your responses with examples of work to [email protected]
Information
Dear reader, to leave comments on the publication, you must sign in.