The revival of IL-96: forward to the past

February 15 2019
23
In modern Russia, they increasingly began to talk about the revival of old Soviet aviation projects. Does this make sense? 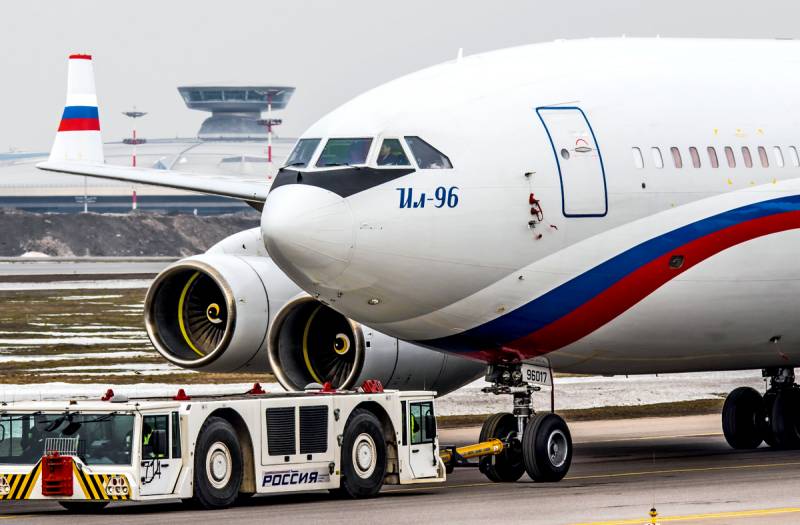 Challenge to the West

IL-96 is a Soviet passenger wide-body airliner for medium and long-haul airlines, which was designed in the late 80s. In general, this is not an independent development, but the further development of the IL-86, which became the most massive Soviet passenger wide-body aircraft. This, however, is very arbitrary, because the machine did not find much popularity: it was built with a very limited (even by the standards of wide-body aircraft) series of 106 aircraft. The 96th, which was conceived as an analogue of the Boeing 747, also did not become a cult: a total of 30 such aircraft were built.

Last but not least, the notorious orientation of the Soviet aircraft industry to the needs of the military-industrial complex played a role. So, the workload of the Kuibyshev plant (now it is called the Samara Scientifictechnical complex named after N. D. Kuznetsov) by military projects, led to the abandonment of the previously selected NK-56 engine in favor of the PS-90. But if the take-off thrust of the first was 18 kgf, then for the PS-000 it was 90 kgf (there are four engines in the aircraft). This required changes in the design, in particular, to reduce the fuselage. 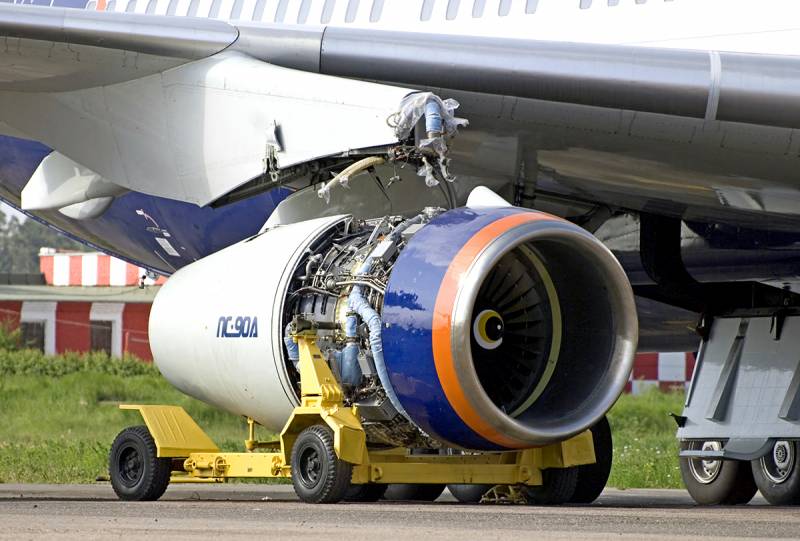 Needless to say, how difficult is such a task, especially for engineers of the USSR, who were far from leaders in the creation of wide-body airliners.

However, the aircraft has its own advantages. So, during the operation there was not a single serious incident. For comparison, during the operation of the Boeing 747 lost 63 aircraft, including the terrible incident on the island of Tenerife at the airport of Los Rodeos, when almost 600 people died as a result of a collision of two such cars. However, the number of 747s built was approaching the mark of 1600 units, and their widespread exploitation by third world countries was far from always correct.

By the way, now the IL-96 operates only two countries: Russia and Cuba, and the latter has at its disposal only a few of these machines. For Russia, the plane is significant if only because Vladimir Putin flies on it (the special flight detachment "Russia"). This, in general, is not entirely IL-96, but rather, its deep modification, satisfying the highest comfort requirements. Such machines will certainly never appear on regular airlines. 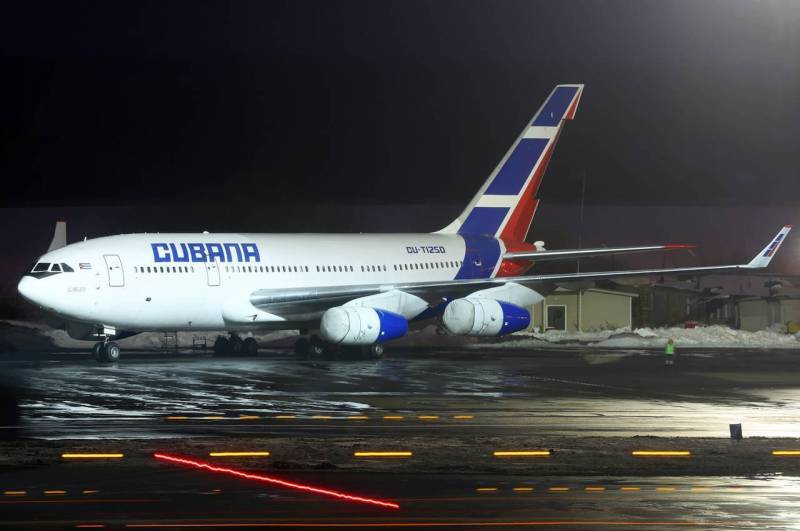 Back in 2017, Aviation EXplorer wrote that the Aviation Complex named after S.V. Ilyushin and the United Aircraft Corporation signed a contract for development work on the creation of a modernized IL-96-400M passenger aircraft based on the IL-96. They want to extend the fuselage of the new machine by 9,65 meters, and intend to use the PS-90A1, a more powerful version of the PS-90A, as the power plant. The goal is to increase fuel efficiency and increase seats for passengers. In total, it is believed that the machine will be able to carry up to 390 people.

Of course, we intend to improve passenger comfort and update electronics. “Serial production of IL-96-400M will be deployed at PAO VASO in Voronezh. In terms of reliability, safety and efficiency, the IL-96-400M is on a par with world analogues. The aerodynamic layout, structure and systems of the aircraft use modern design solutions that provide a high level of safety and economy of the aircraft in operation. The terms of the contract include the manufacture of a prototype Il-96-400M aircraft for flight testing. It is planned that he will fly to the sky for the first time in 2019, ”the company said.

A small step for the country, a big one for aircraft construction

Recently, or more precisely - in December last year - the press service of the United Aircraft Corporation said that the creation of the first prototype of the IL-96-400M would require more than ten billion rubles. Specifically, for the manufacture of the aircraft, 7,6 billion rubles will be required, and another 900 million is needed for the development of the design documentation for the airliner in electronic form and design documentation for avionics and interior. By that time, the assembly of the elements of the first Il-96-400M had already begun at the Voronezh Aircraft Building Plant. And at the end of December it was reported that flight tests of the deeply modernized IL-96-400M airliner could begin in 2020. 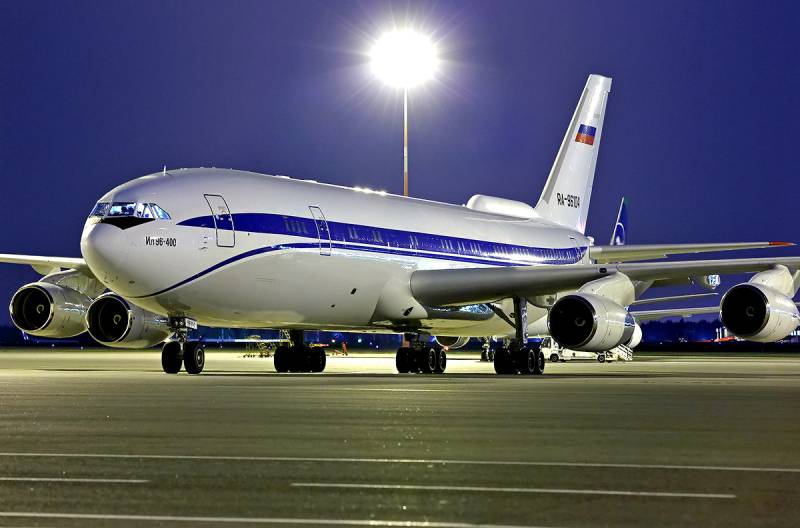 “If you really upgrade the IL-96, you get a model that is quite comparable with some Boeing and Airbus,” said Yury Sytnik, Honored Pilot of Russia. However, all these plans, frankly, look too ambitious. The point is not only in the probable postponement of the trial of the first IL-96-400M. Do not forget that Russia is now developing, in cooperation with China, a completely new CR929 wide-body long-range aircraft. Its first flight is scheduled for 2021-22. The expected cost of developing a machine, according to experts, can reach a very immodest $ 20 billion. Even the fact that China took over 50% of the costs does not make the situation simple.

At the same time, the flight range of the new CR929 aircraft will be about 12 thousand kilometers, which will allow it to be used on many long-haul routes. Thus, with the structural differences between the IL-96 and CR929, their tasks may overlap, which means that customers will have to choose. In principle, in such conditions there is not much much point in resuming production of the old Soviet machine (albeit with new engines). Of course, the IL-96-400M can be used for a narrow circle of customers, but there is absolutely no reason to believe that the car will be a commercial success. Here you can recall the giant European Airbus A380, which, due to its high cost and technical complexity, received very limited demand: just over 200 cars have been built today. 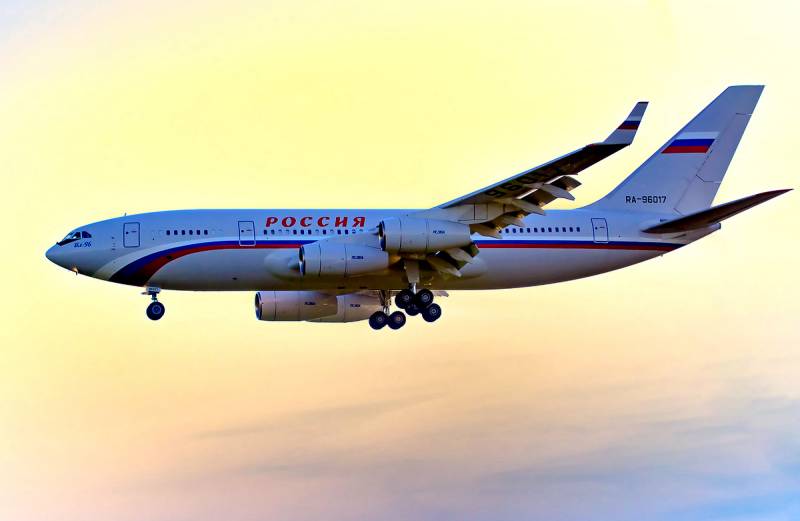 Speaking quite simply, the niche that the IL-96-400M should occupy is not clear. Something similar, by the way, happened with the Sukhoi Superjet 100, which someone called "too big", and someone - "too small." Finally, if Russia has embarked on the design of new modern machines, such as the MC-21 and CR929, then why revive old projects, which, moreover, haven’t been shot before?

Perhaps the only reason for reconstructing the IL-96 is to support the Voronezh plant. The same one that was previously produced by the Ukrainian-Russian An-148, but now is left with nothing. But just how appropriate are such practices in the XNUMXst century, subject to fierce competition among aircraft manufacturers? Most likely, we will see a real revival of the domestic aircraft industry only when (and if) the United Aircraft Corporation finally learns how to count money. After all, the budget is not unlimited, and oil excess profits in the foreseeable future are not expected.
Reporterin Yandex News
Reporterin Yandex Zen
23 comments
Information
Dear reader, to leave comments on the publication, you must sign in.