February 14 2019
0
Turkey’s NATO allies are making significant efforts to prevent Ankara from buying the S-400 Triumph from Russia. For example, the USA, France and Italy offer Turkey alternatives to the Russian system. On February 13, 2019, at a press conference in Brussels, the Secretary General of the Alliance Jens Stoltenberg said. 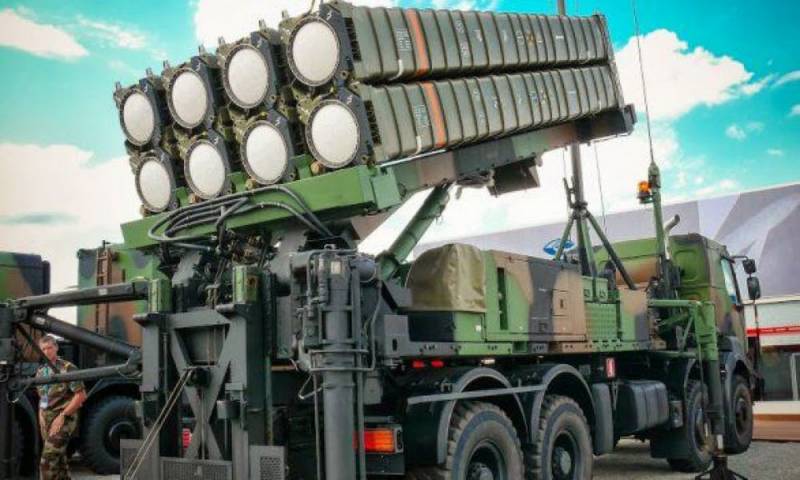 It should be noted that Stoltenberg made his statement after the meeting of the heads of the Ministry of Defense of 29 NATO countries. Moreover, the main topics of the event were two: the end of the INF Treaty and, as always, the confrontation of Russia.

Stoltenberg commented on the "Turkish problem." According to him, negotiations on air defense / missile defense between Washington and Ankara continue. However, France and Italy joined the persuasion of Turkey. They offer Ankara ASTER 30-SAMP / T air defense system.

At the same time, the Secretary General immediately clarified that no one was forcing anyone in the Alliance, that he was not twisting his arms and was not “raping” them. He stated that each country has the right to independently choose its own weapons at its discretion.

This suggests that Ankara still can not persuade. Turks stubbornly want the S-400. Rather, the Turks are not against the acquisition of other systems, but they do not intend to abandon the S-400. After all, it was not in vain that quite recently, at the end of January 2019, the Turkish Foreign Minister Mevlut Cavusoglu specifically stated on television that Ankara would not follow Washington’s lead and would not abandon the S-400. He then specified that an agreement was signed with Russia and Turkey "will not forget this word."

In turn, the head of the Turkish defense industry Ismail Demir added that the acquisition of the S-400 from Russia does not mean that Ankara will fully satisfy its needs for ensuring the safety of airspace. Therefore, negotiations with NATO allies will continue. In the East they like to bargain.

By the way, two foreign air defense divisions are currently deployed in Turkey: SAMP / T (Italy) and Patriot (Spain). It is as if they should strengthen the Turkish air defense system as part of the NATO mission. That is, on the issue of insufficiency of their own air defense forces in Turkey, everyone agrees.
Ctrl Enter
Noticed oshЫbku Highlight text and press. Ctrl + Enter
We are
NATO countries put pressure on Turkey to not buy S-400
NATO: New Russian missiles reach European capitals without problems
Reporterin Yandex News
Read Reporterin Google News
Ad
We are open to cooperation with authors in the news and analytical departments. A prerequisite is the ability to quickly analyze the text and check the facts, to write concisely and interestingly on political and economic topics. We offer flexible working hours and regular payments. Please send your responses with examples of work to [email protected]
Information
Dear reader, to leave comments on the publication, you must sign in.