"Meritocracy." The Minister told on what principle officials are appointed.

February 13 2019
2
Russian Minister of Economic Development Maxim Oreshkin, in an interview with Vedomosti, said what exactly he is guided by when selecting staff. 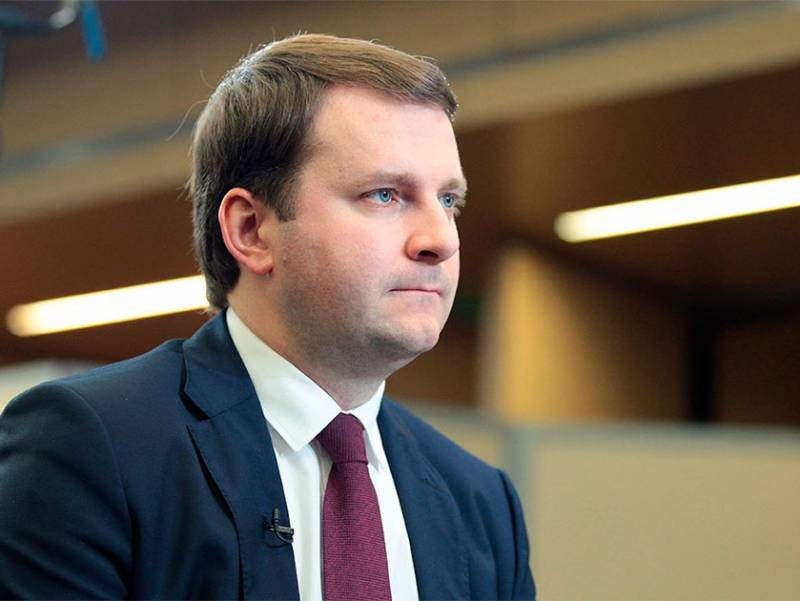 According to Oreshkin, he seeks to choose those who are able to perform the tasks assigned to him in the best way.

I am guided in the work of the Ministry by the principle of meritocracy - the selection of those who will best perform the tasks
- emphasized the minister.

Then we talked about some specific appointments. For example, the fact that the former employee of the Public Relations Department of the Government of the Russian Federation 33-year-old Zarina Doguzova was chosen as the head of Rostourism. Oreshkin said that she has strong abilities "in terms of communication." Therefore, in this area, he expects from her "a breakthrough in promotion issues."

Touching upon the topic of appointing Pavel Malkov to the post of the new head of Rosstat, the minister noted that this is a person who will be able to achieve the goals of this organization, namely “independence of statistics, improving its quality, reducing the burden on business and greater openness”. And regarding the appointment of Parviz Tokhtakhunov as head of the Cadastral Chamber, Oreshkin said that the Rosreestr would set the task for this department.

Earlier, in November 2018, the appointment of Parviz Tokhtakhunov to the post of head of the Cadastral Chamber provoked sharp criticism in the media. It was noted that he did not have the proper work experience. As indicated on the website of Rosreestr, Tokhtakhunov graduated from a medical university, after which he did not have a permanent job for eight years. Then, however, information appeared on the site that he "held various positions in commercial structures."
Ctrl Enter
Noticed oshЫbku Highlight text and press. Ctrl + Enter
We are
Trade between Russia and China reaches a record high
Crimeans are discouraged from serving in the Russian army
Reporterin Yandex News
Read Reporterin Google News
Ad
We are open to cooperation with authors in the news and analytical departments. A prerequisite is the ability to quickly analyze the text and check the facts, to write concisely and interestingly on political and economic topics. We offer flexible working hours and regular payments. Please send your responses with examples of work to [email protected]
2 comments
Information
Dear reader, to leave comments on the publication, you must sign in.