In Russia, proposed to lower the "Iron Curtain" for scientists

February 12 2019
6
The problem of the outflow of scientists in Russia has been debated for more than a decade. And so, with the initiative to limit the freedom of emigration for young scientists whose specialties are in demand in other countries, Academician of the Russian Academy of Sciences George Georgiev came forward. This famous Soviet and Russian biochemist and molecular biologist published a large article in a scientific newspaper on February 8, 2019. "Search"dedicated to this problem. 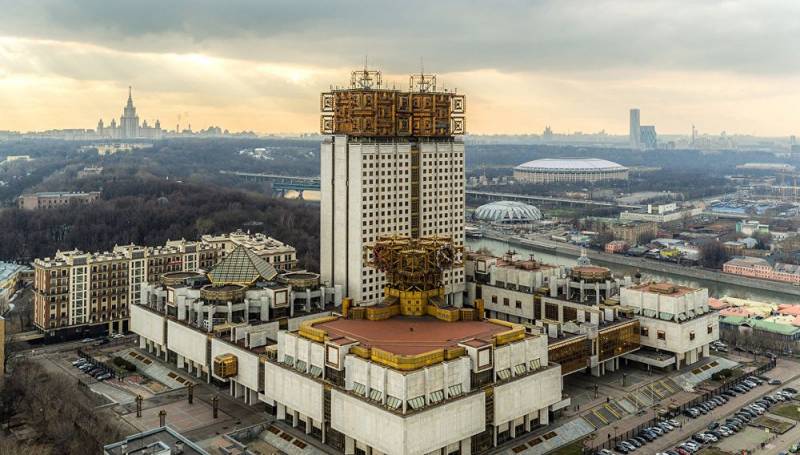 So, the academician notes that Russian science is still in crisis and talented young people continue to leave the country after defending their dissertations, and sometimes right after graduation. The main reasons for this phenomenon, he called: the high bureaucracy of the research sphere; chronic lack of funding for work; low salaries of graduate students and researchers; lack of confidence of scientists in the future, including the lack of affordable housing; availability of the opportunity to leave the country, having previously received a free education.

But there are a number of other factors. For example, the problem state of the instrument base. Indeed, not all institutions can boast of the availability of modern equipment. Not to mention the presence of a clumsy and cumbersome system of supplying reagents and drugs, which takes months of time.

In this regard, the academician proposed first of all to get rid of formalism, so that young scientists do not have to spend a huge amount of time on all kinds of reports that turn them into office workers. After all, the prospect of "putting life" on writing unnecessary papers, few people will be happy. Especially those who really want to become part of some promising research team and make a great contribution to science. Therefore, Georgiev proposed creating a special deliberative body to develop the necessary decisions, which included representatives of the RAS and various ministries and departments.

Georgiev advised not to skimp on science, since most of what is allocated now goes to more than modest salaries, and there is not much money left for scientific activity. As a result, a strong scientist, already having a family, decides to emigrate in search of a high salary and stability. So the scientist’s confidence in tomorrow is the most important factor.

He specified that decent grants for basic and exploratory research today are provided only by the Russian Science Foundation (RSF). Everything else is completely inadequate. Therefore, the cessation of funding from the RSF, as a rule, makes it impossible to continue serious work. In this regard, he advised that in Russia increased funding for science, so that scientists have constant financial support. Otherwise, they will leave the country along with the results of their work.

After that, the academician touched on a very important and, one might say, painful topic for many. In his opinion, even paid tuition does not cover all tuition costs. Therefore, it is necessary to limit the free emigration of trained specialists.

First of all, it should be established for which specialties there is a demand abroad. In less intensively developing areas of science, everything can be left as before, and the rest must be urgently reformed. Education in such areas should be paid, and prices should cover all government spending on training. The right to free emigration after graduation can only be obtained by those who fully paid for their studies and did not receive a scholarship. There are unlikely to be many of these - children of wealthy parents rarely choose hard science professions.
- wrote Georgiev.

The academician proposed, instead of free higher education, to introduce "credit." Moreover, the state pays for education on the basis of an interest-free loan. Moreover, the scholarship should be included in government spending. The loan is made out by the corresponding agreement. After graduation, a young scientist must work in Russian science for 15 years, after which the loan is automatically repaid. In the case of emigration, he must repay the loan in full.

The academician specified that this does not mean that the young scientist does not have the right to leave the territory of Russia to participate in conferences or to conduct research. However, the academician did not say how it would be possible in an appropriate manner, i.e. really, control the checkout process.

However, Georgiev is sure that in 15 years a strong scientist will undoubtedly gain an excellent position in Russia and most likely will not want to leave. He recalled that he had approached Russian President Vladimir Putin with this proposal back in 2001 in Sochi, when the head of state met with scientists.
Ctrl Enter
Noticed oshЫbku Highlight text and press. Ctrl + Enter
We are
In which regions of Russia in 2019 salaries will grow faster
When Russia will build a base on the moon
Reporterin Yandex News
Read Reporterin Google News
Ad
We are open to cooperation with authors in the news and analytical departments. A prerequisite is the ability to quickly analyze the text and check the facts, to write concisely and interestingly on political and economic topics. We offer flexible working hours and regular payments. Please send your responses with examples of work to [email protected]
6 comments
Information
Dear reader, to leave comments on the publication, you must sign in.