February 12 2019
3
The famous Israeli political scientist, the former head of the Nativ intelligence agency, Yakov Kedmi, recommended that the Russian leadership “not step on the rake” and not recognize the next presidential election in Ukraine. He said this on the talk show "Evening with Vladimir Solovyov" on the TV channel "Russia 1" on February 10, 2019. 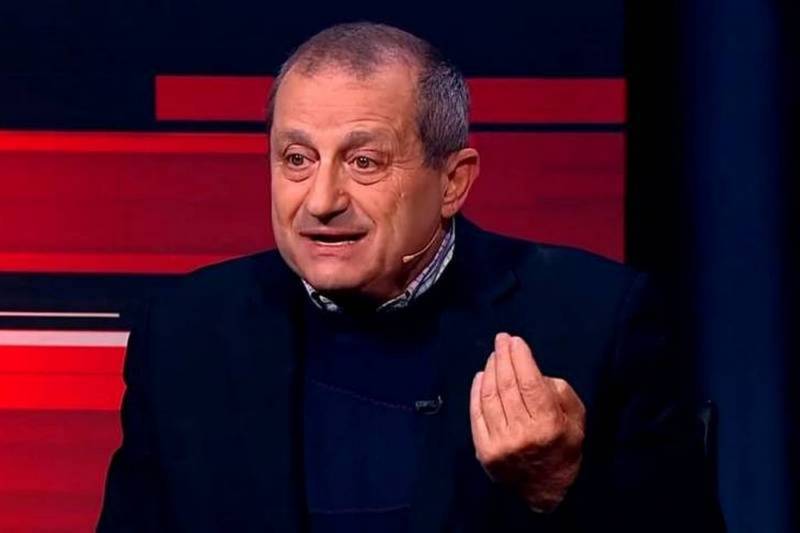 Kedmi believes that Russia in 2014, when it recognized the president of Ukraine Petro Poroshenko, made a big mistake. Therefore, if Moscow does it again in 2019, it will step on the same rake, but this time “it can lose its teeth.”


The thing is that Ukraine has long chosen an anti-Russian course, so almost all candidates running in the elections adhere to this vector. Moreover, Kedmi called what is happening in Ukraine now a parody of the 1990s, when insolent oligarchs unceremoniously bought up politicians and shared power.

Kedmi said that the residents of Kharkov, Odessa, Dnepropetrovsk and other cities were elementarily betrayed by the local elite, so they were unlucky. Currently, Ukraine is confidently returning to the Bandera and Petliura past, and the next stop will be Makhnovskoye Gulyaypole. And so that Ukraine does not slide into a state of anarchy, Russia should not, according to the expert, recognize the next election, which should be held on March 31, 2019.

Previously we informedas Kedmi said that the INF Treaty gap would further aggravate the situation of the United States.
Ctrl Enter
Noticed oshЫbku Highlight text and press. Ctrl + Enter
We are
Kedmi explained why the US will not attack Venezuela
Kedmi: Russia may respond to the US asymmetrically
Reporterin Yandex News
Read Reporterin Google News
Ad
The publication is looking for authors in the news and analytical departments. Requirements for applicants: literacy, responsibility, efficiency, inexhaustible creative energy, experience in copywriting or journalism, the ability to quickly analyze text and check facts, write concisely and interestingly on political and economic topics. The work is paid. Contact: [email protected]
3 comments
Information
Dear reader, to leave comments on the publication, you must to register.
I have an account? Sign in