Winged "Baikal": what should be a reusable launch vehicle

February 9 2019
7
The successes of SpaceX have generated a special interest in reusable topics in rocket science and forced many to take out projects of past years from dusty boxes. Moreover, people are not always interested in the reasons why they (these projects) were not implemented. But the reasons for this could be the most serious. 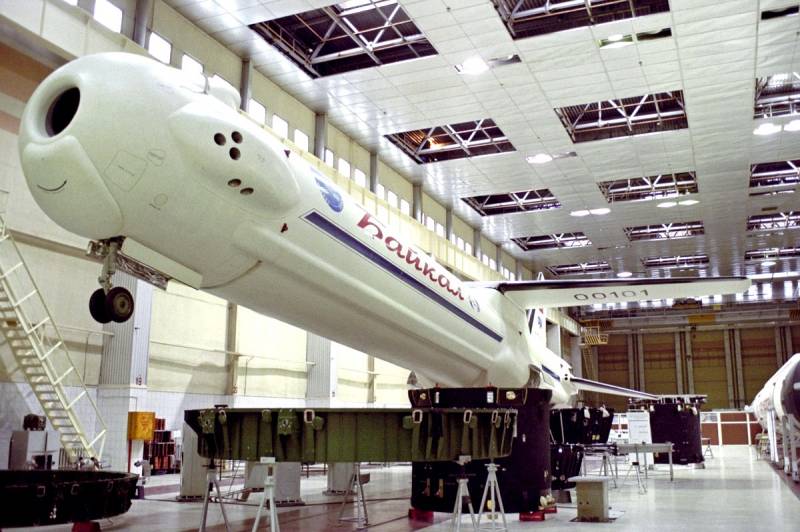 Let's talk about “winged” carriers. Here, however, some distinction needs to be made. The use of a lift wing in the space industry has a long history. Firstly, it was an American shuttle that had not been fully proven in terms of price / efficiency ratio, which was completed in 2011, as well as the Soviet Buran, its close relative. Secondly, the so-called concept of air launch, in which to launch the launch vehicle use an airplane that has risen into the sky, acting as a kind of first stage. Finally, thirdly, we are talking about the return of the first stage of the carrier in airplane mode. In simple terms, imagine if the reusable Falcon 9 on the way back landed at the airfield, much like the Space Shuttle did. Or just any winged car. 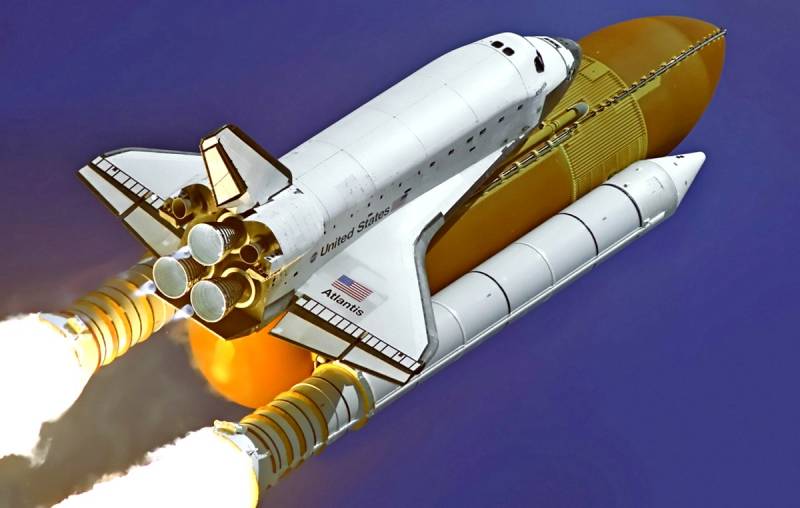 The concept is very tempting, because to land the device in airplane mode seems to be a simpler task than returning the first stage in the spirit of SpaceX. However, is such a scheme justified? According to Alexei Rogozin - the son of Dmitry Rogozin, yes. Recall that now Rogozin Jr. heads the S.V. Ilyushin Aviation Complex and, apparently, sees the organization as one of the main (if not the main) designers of Russian reusable missiles. It is the “airplane” principle of return that is now being promoted by IL. “This is the solution that we are implementing at the pre-project level. We handed over this work to Roskosmos, ”said Alexei Rogozin in August last year. Here it is necessary to note several important things at once. Firstly, this statement was made relatively long ago by the standards of Russian rocket science, where plans change with the speed of the Voyager probe. However, on the other hand, let's not forget that Dmitry Rogozin has already become accustomed to the post of head of Roskosmos - we can say that it is he who determines the development of the entire space industry of the Russian Federation.

We will try to understand whether it is worth developing this direction at all. One of the most unusual domestic missile systems of recent decades has become the Baikal-Angara. Strictly speaking, this is just a concept: nothing of the kind has yet been implemented. As the name suggests, it was one of the versions of the Angara rocket, in which the first stage was to receive the reusable Baikal accelerator. This product, after separation from the carrier, was supposed to return to the place of launch, and land on a regular runway, like an airplane. Depending on the class of the Angara launch vehicle, they wanted to use a different number of reusable accelerators: one (light class), two (medium) and four (heavy). The dry mass of the accelerator when using a lightweight launch vehicle was to be almost 18 tons. They wanted to use the RD-191M as an engine. 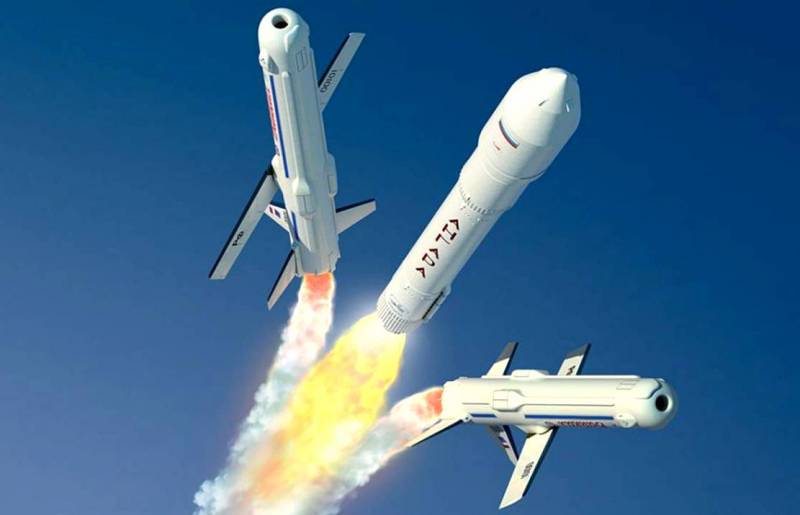 The range of the accelerator could be approximately 380 km: it would be enough to fly to the operational airfield. However, in general, as you can see, the system looked complicated and cumbersome, especially when it comes to the heavy version of the carrier with four accelerators. It is also worth adding here the well-known thesis that the Angara, in itself, is a rather expensive and technically complex missile consisting of many modules.


What do the West think about this? It is worth saying that many rocket builders from Europe and the USA after the successes of SpaceX were in about the same situation as the Russian ones. That is, they had old missiles and "distant plans for a brighter future." Standing alone is Airbus, which proposed the return of the first stage of the rocket in "airplane" mode. The Adeline module (Advanced Expendable Launcher with INnovative engine Economy) provides for multiple use of the engines of the first stage of the Ariane 6 launch vehicle, which is not yet available. Only the engine compartment will be reusable: they want to equip it with two wings and folding propellers, which will be activated upon landing. Adeline will be able to sit on a regular lane. 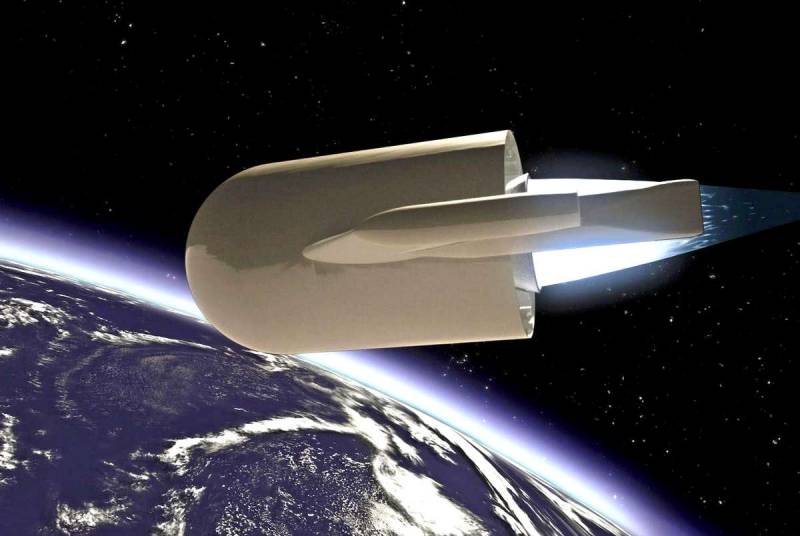 Unfortunately, News There is almost no development about Airbus: perhaps they decided to abandon it for reasons that are clearly visible on the example of the Baikal performing slightly different functions.

We will try to understand in more detail. The Falcon 9 rocket has come a long way towards reusability, however, there are not so many alterations in comparison with a conventional single-use rocket, and the first stage can land almost anywhere: even on a land platform, even on a sea platform. A plane landing of a rocket requires work in a slightly different direction: it will be necessary to take into account not only the aerodynamic characteristics of the rocket during horizontal ascent / descent, but also the wing, which creates lift when a reusable stage enters the Earth’s atmosphere. However, even more importantly, in this case, the reusable component of the rocket will have to carry “aircraft” equipment: concealed wings, chassis elements, a complex power plant (as on Adeline). All this increases the mass of the medium and increases its price. We are no longer talking about the difficulties of reusing the components that SpaceX now solves. It seems to be successful. 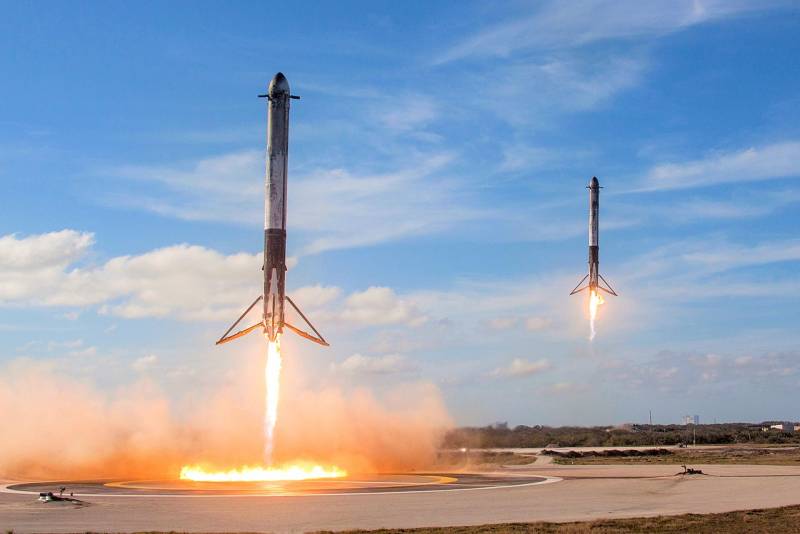 That is, for now, the concept of Ilona Mask with the horizontal return of the first stage looks preferable to landing the carrier in airplane mode. This is also supported by the fact that Blue Origin, the de facto main competitor of SpaceX for the foreseeable future, has chosen the same scheme. In a broad sense, the new Blue Origin rocket called New Glenn will be an interpretation of the Falcon 9, albeit with other engines and other cargo delivery capabilities.

As for the Russian rocket builders, they, perhaps, need to decide first what they want, outlining several major projects that they will develop over the next decades. Obviously, the country simply will not “pull” all the ideas voiced in recent years, such as the Yenisei superheavy rocket or the creation of a national orbital station instead of an international one.
Ctrl Enter
Noticed oshЫbku Highlight text and press. Ctrl + Enter
We are
The revival of Baikal: what is wrong with the Russian reusable missile?
"Buran", which could: was there a chance for Russia?
Reporterin Yandex News
Read Reporterin Google News
7 comments
Information
Dear reader, to leave comments on the publication, you must sign in.