February 4 2019
7
It became known that in 2018, GDP growth in Russia amounted to 2,3 percent. This is the highest figure since 2012. The information was provided by Rosstat after clarifying data on the construction industry. 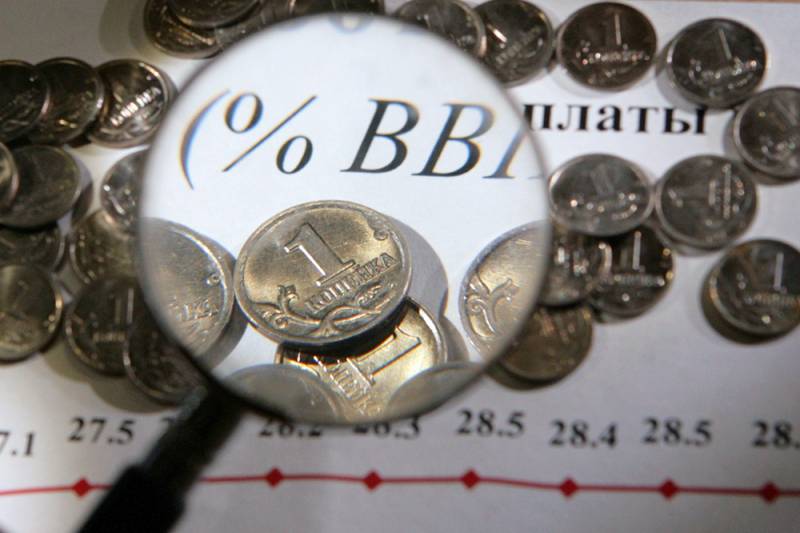 The total volume of Russian economics amounted to more than 100 trillion rubles. In absolute terms, this figure is a record. Russia has not reached such rates of GDP growth since 2012, when they amounted to 3,7 percent. After that, a significant slowdown began, and in 2015 there was even a decline.

The maximum growth in 2018 was shown by mining, catering, the hotel industry, the construction industry, the financial sector and insurance.

The GDP growth indicators unexpectedly exceeded both the forecasts of the Ministry of Economic Development and the expectations of independent experts, since the GDP was originally planned to grow by 1,8 percent.

In the preliminary calculation of GDP growth in construction, significant inaccuracies were made, which were revealed at the end of January. Mostly, the discrepancies arose because the data on the construction of the Yamal LNG facility by NOVATEK were omitted. As a result, the overall GDP growth in the construction industry was not 0,5, but 5,2 percent, which led to a revision of the final indicators.
Ctrl Enter
Noticed oshЫbku Highlight text and press. Ctrl + Enter
We are
In which regions of Russia in 2019 salaries will grow faster
Russia will live with a surplus budget: the “three-year plan” approved by the Federation Council
Reporterin Yandex News
Read Reporterin Google News
Ad
We are open to cooperation with authors in the news and analytical departments. A prerequisite is the ability to quickly analyze the text and check the facts, to write concisely and interestingly on political and economic topics. We offer flexible working hours and regular payments. Please send your responses with examples of work to [email protected]
7 comments
Information
Dear reader, to leave comments on the publication, you must sign in.