Japan against the INF Treaty gap, although “understands the United States”

February 4 2019
0
Tokyo decided to comment on what was happening after Washington announced that it would suspend its participation in the INF Treaty from February 2, 2019, and six months later this agreement would cease to exist. The country of the “rising sun” is against the termination of the INF Treaty and considers the termination of this agreement undesirable, however, it understands the US motives that prompted Washington to take such a step. This was announced on February 4, 2019 at a press conference in Tokyo by the Secretary General of the Cabinet of Ministers of Japan, Yoshihide Suga. 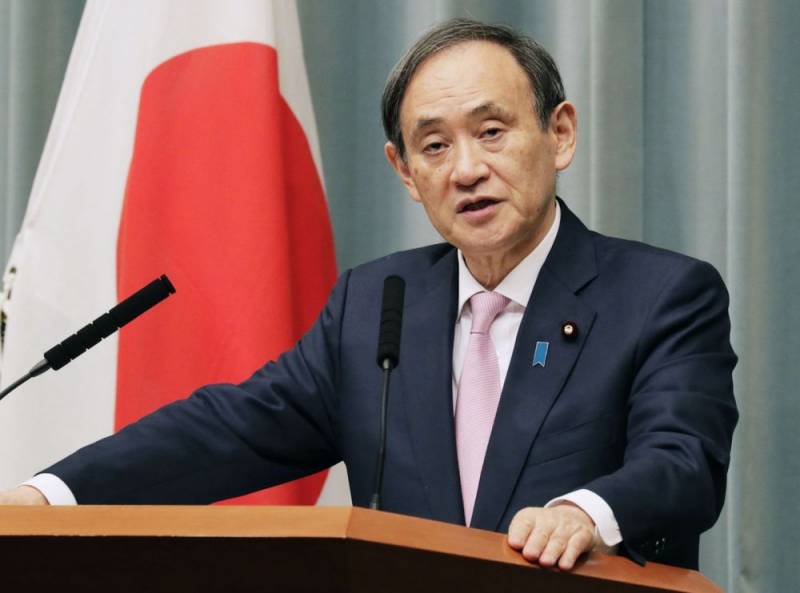 We consider undesirable a situation in which the contract has to be terminated. However, one can understand the formulation of the issue that led the United States to the current solution.
- said Suga.

It must be recalled that the "peace" of Tokyo looks very arbitrary. For example, by 2023, Japan intends deploy in its territory, in the prefectures of Yamaguchi and Akita, two American ground-based missile defense systems Aegis, and by 2025 a new missile defense radar will appear in the country. At the same time, Aegis, now, can be used to launch Tomahawk cruise missiles, which are capable of flying 2500 kilometers and can carry nuclear weapons.

On the eve of Suga’s speech, the Japanese newspaper Asahi wrote that the final termination of the INF Treaty would lead to the deployment of new American missiles in the Asia-Pacific Region (APR). This could put Japan, on whose territory there are US military bases, at the center of the confrontation between Washington and Beijing. At the same time, it was clarified that the INF Treaty was a deterrent to the United States, while China, which was not part of the agreement, was building up its military power without any constraint.

According to Asahi, if the INF Treaty ceases to exist, and everything goes to that, then the United States, over a period of three to seven years, will deploy new medium-range missiles in the region. And they may try to place them in Japan, the Philippines, on the island of Guam and in other places.

By the way, about the reaction of the Chinese "comrades" to what is happening, we Reported earlier. It should be added that on February 2, 2019, Russian President Vladimir Putin gave a mirror answer to the United States and said that Moscow was also suspending its participation in the INF Treaty.
Ctrl Enter
Noticed oshЫbku Highlight text and press. Ctrl + Enter
We are
American missile defense system will be placed on the "eastern yard" of Russia
Japan: negotiations with Russia will be long
Reporterin Yandex News
Read Reporterin Google News
Ad
We are open to cooperation with authors in the news and analytical departments. A prerequisite is the ability to quickly analyze the text and check the facts, to write concisely and interestingly on political and economic topics. We offer flexible working hours and regular payments. Please send your responses with examples of work to [email protected]
Information
Dear reader, to leave comments on the publication, you must sign in.