NATO aircraft train in the sky over Estonia

February 4 2019
1
German Eurofighter fighter planes, which perform the tasks of protecting the Baltic airspace, will fly over Estonia at low altitudes over the next five days. 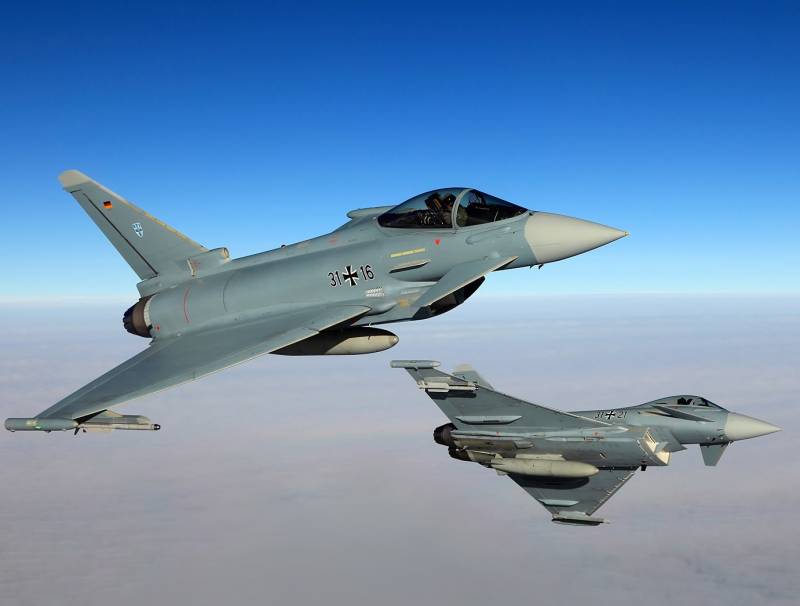 According to the press service of the defense forces of the Baltic state, these will be training flights. They are carried out on the basis of agreements between the states that are members of the North Atlantic Alliance.

During the working week, German Air Force fighters Eurofighter will conduct training flights in Estonian airspace. Flights will take place at a height of at least 500 feet (152 meters) and mostly far from settlements
- The press service of the Estonian Defense Forces said in a statement.

According to the military, this event does not contradict Estonian law. Flights were agreed with the aviation department.

Special zones for such low-altitude NATO fighter flights are reserved for each Baltic country.

The Baltic countries themselves do not have aircraft that are suitable for air patrols. Since they joined NATO - and this happened in 2004 - their airspace has been guarded by the Allies in rotation. For example, in Lithuania such a task is performed by the planes of the Polish Air Force.

The NATO aircraft are based in Lithuania, where the Zoknyay airfield is located (five kilometers from the city of Šiauliai. In 2014, Emari air base in Estonia became an additional platform for deploying NATO air forces.

In 2012, the North Atlantic Alliance summit was held in Chicago. At it, it was decided that the mission to protect the airspace of the Baltic countries is extended for an indefinite period.
Ctrl Enter
Noticed oshЫbku Highlight text and press. Ctrl + Enter
We are
US Air Force reconnaissance off northern border of Crimea
US builds military bases for conflict with Russia
Reporterin Yandex News
Read Reporterin Google News
Ad
We are open to cooperation with authors in the news and analytical departments. A prerequisite is the ability to quickly analyze the text and check the facts, to write concisely and interestingly on political and economic topics. We offer flexible working hours and regular payments. Please send your responses with examples of work to [email protected]
1 comment
Information
Dear reader, to leave comments on the publication, you must sign in.