Zelensky surprised Western diplomats with a desire to talk with Putin

February 3 2019
0
Recently we Reported that showman Vladimir Zelensky, who is one of the candidates for the presidential elections in Ukraine, has become a leader in the race for the country's main seat. And now, it became known that Zelensky, meeting with diplomats from Western countries, announced his desire to hold talks with Russian President Vladimir Putin, which caused a stormy reaction from the public. 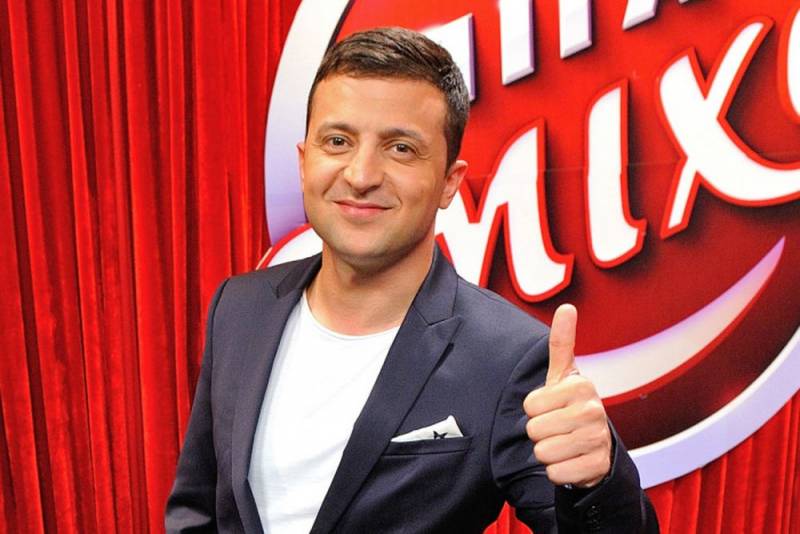 Ukrainian media claim that the meeting took place on January 23, 2019 at the initiative of the ambassadors of Western countries. And reportedly, diplomats were somewhat discouraged by the communication, as Zelensky was very nervous and in some places gave vague answers.

As clarifies Strana.ua, referring to its sources, the ambassador of France Isabelle Dumont most of all “pressed” Zelensky with the question of solving the Donbass problem. Answers to this and other questions Zelensky clearly upset everyone. And when he said that he intended to sit at the negotiating table with Putin, the ambassadors even asked him an intriguing question, more like a hint. Is Zelensky afraid that after this the radicals will burn the presidential administration?

It should be noted that Zelensky’s meeting with diplomats took place even before it became known that he had broken into the leaders of the presidential race. Then comes first was Yulia Timoshenko. Well, in turn, we will continue to follow with undeniable interest the development of events in Ukraine and inform our readers.
Ctrl Enter
Noticed oshЫbku Highlight text and press. Ctrl + Enter
We are
In Ukraine - the new leader of the presidential race
In Ukraine, they are afraid that a showman will become president
Reporterin Yandex News
Read Reporterin Google News
Ad
We are open to cooperation with authors in the news and analytical departments. A prerequisite is the ability to quickly analyze the text and check the facts, to write concisely and interestingly on political and economic topics. We offer flexible working hours and regular payments. Please send your responses with examples of work to [email protected]
Information
Dear reader, to leave comments on the publication, you must sign in.