February 3 2019
1
The world media could not get around such a burning topic as the situation around the Treaty on the Elimination of Intermediate-Range and Shorter-Range Missiles. They reacted particularly sharply to the fact that Russia announced the suspension of its participation in the INF Treaty. Many of them even “forgot” that on the part of Moscow it was just a response to similar US actions. 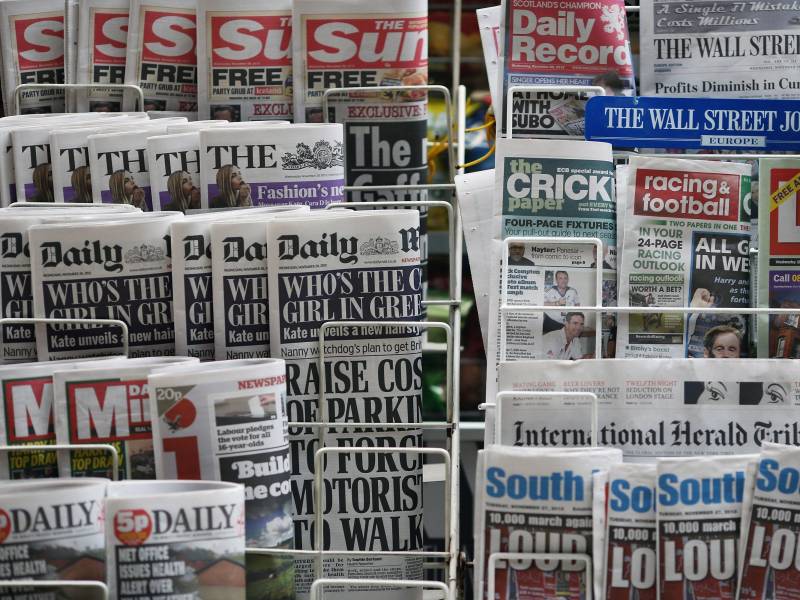 In general, the reaction of Western newspapers, portals and television channels can be evaluated as follows: they present the point of view of Washington. As for the position of Moscow, it is either distorted or ignored.

So, in the British tabloid Daily Express, the headline reads: "Third World War: the nuclear arms race has already begun, because Russia is violating a key nuclear treaty."

The title of the article alone says a lot: firstly, panic is being raised before the threat of war, secondly, it is emphasized that only Russia is to blame for such a situation, and thirdly, it is unproven that it violates the agreements. And the article itself says that only the position of the Russian Federation poses a threat to peace, but not the position of the United States.

Another British tabloid, The Sun, claims that the United States does not have missiles that are based in Europe and have nuclear capabilities. The last such missiles were allegedly launched just by the INF Treaty.

The newspaper DenníkN, published in Slovakia, also believes that it is Russia that places medium- and short-range missiles in Europe. This is supposedly a military and political challenge. But the author of the material did not indicate in which state Moscow places the missiles. It turns out that the journalist is dissatisfied with the fact that the Russian Federation places them on the European part of its own territory.

Overseas (and not only in the United States), the media also accuse Russia of this situation. Thus, the Canadian agency La Presse Canadienne said that the United States made "fruitless" diplomatic efforts, trying to convince the Russian side to comply with the Treaty. Of course, the agency did not report that Russia did everything possible to convince the United States that the 9M729 missile does not violate the INF Treaty. The Russian Ministry of Defense even organized a special briefing on the missile, but Washington ignored it. However, this is not supposed to be discussed either in Europe or in North America.
Ctrl Enter
Noticed oshЫbku Highlight text and press. Ctrl + Enter
We are
US announced suspension of INF Treaty and threatened with military response
The Russian Foreign Ministry is confident that the United States decided to withdraw from the INF Treaty
Reporterin Yandex News
Read Reporterin Google News
1 comment
Information
Dear reader, to leave comments on the publication, you must sign in.