Poland does not intend to deploy US nuclear weapons

February 2 2019
1
The Polish authorities in general, and the Foreign Ministry of this country in particular, continue to stun the world community with their contradictory, and sometimes openly aggressive statements. Thus, they demonstrate their complete unpredictability and real danger to the surrounding countries. 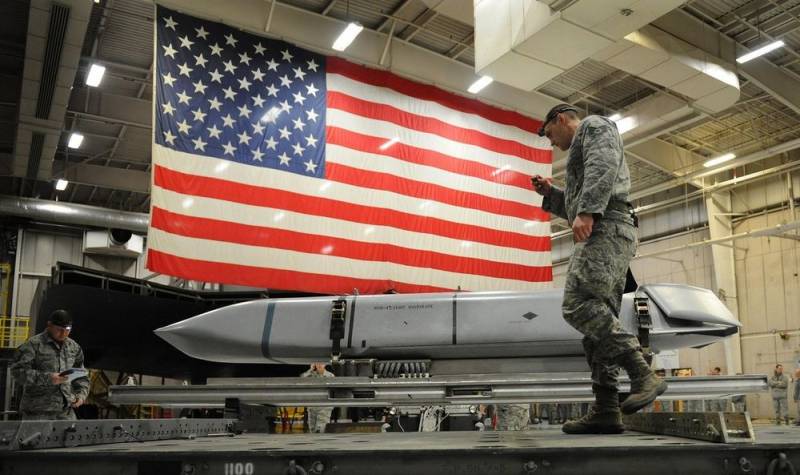 Recently, Polish Foreign Minister Jacek Chaputovic (nationalist and Russophobe), giving an interview to the reputable German publication Der Spiegel, demanded the deployment of American nuclear weapons (missiles) in Europe. After that, many European countries (their leaders and ordinary people), literally opened their eyes to war-fed Poland fed by the European Union. As a result, a scandal began in Europe. After all, all sane people there perfectly understand that in the event of a conflict between Washington and Moscow, it will be Europe that is extreme. Especially if there is US nuclear weapons on its territory.

Warsaw instantly appreciated that the minister said stupidity. After all, living at the expense of other countries and not holding their mouths, broadcasting their secret desires that harm the breadwinners, they may lose their further dependence. After that, the press service of the Ministry of Foreign Affairs of Poland attacked the journalists of a German magazine shouting "you are lying." They accused Spigel of having invented everything and Poland, in fact, did not want the United States to deploy its nuclear weapons in Europe.

The Foreign Office strongly refutes the fact that in an interview with Spiegel, Minister Jacek Chaputović allegedly demanded the deployment of American nuclear missiles in Europe
- nervously stated in the Polish Foreign Ministry.

According to the Polish Foreign Ministry, Spiegel did not correctly understand the content of the conversation, so the title and subtitle of the article do not reflect the essence. At the same time, the Poles clarified the words of their minister that Europe is now based on nuclear deterrence, which NATO guarantees.

By the way, it is extremely doubtful that such a publication as Spiegel could distort the words of the Polish Foreign Minister and just publish an article entitled "The Polish Foreign Minister demands the deployment of American nuclear missiles in Europe." Moreover, this name could not be a mistake or a coincidence, since it was directly stated in the subtitle that Chaputovich spoke in favor of deploying American nuclear weapons in Europe. And now the Poles are trying to make excuses.

The Polish Foreign Ministry does not stop repeating that when asked about the possibility of deploying nuclear weapons in Poland, Chaputovich “clearly” emphasized that “we absolutely do not want this.” At the same time, they confirmed that the minister did not rule out that "in the future, as today, nuclear weapons will ensure peace in our part of the world."

It should be recalled that the American ground-based Aegis Ashore systems have already been deployed in Romania and the deployment of these systems in Poland is planned. They are elements of the US missile defense, but are capable of using Tomahawk strike cruise missiles, which fly 2500 kilometers and can carry nuclear charges.
Ctrl Enter
Noticed oshЫbku Highlight text and press. Ctrl + Enter
We are
Why Poland is doomed to Russian coal
Why did the Austrian colonel “admit” to working for Moscow
Reporterin Yandex News
Read Reporterin Google News
1 comment
Information
Dear reader, to leave comments on the publication, you must sign in.