February 1 2019
0
On January 31, 2019, a two-day meeting of EU foreign ministers in the “Anthem” format (a meeting in the “family circle” or informal negotiations) began in Bucharest. The main topic of communication is the situation in Venezuela, however, Russia was not ignored there either. 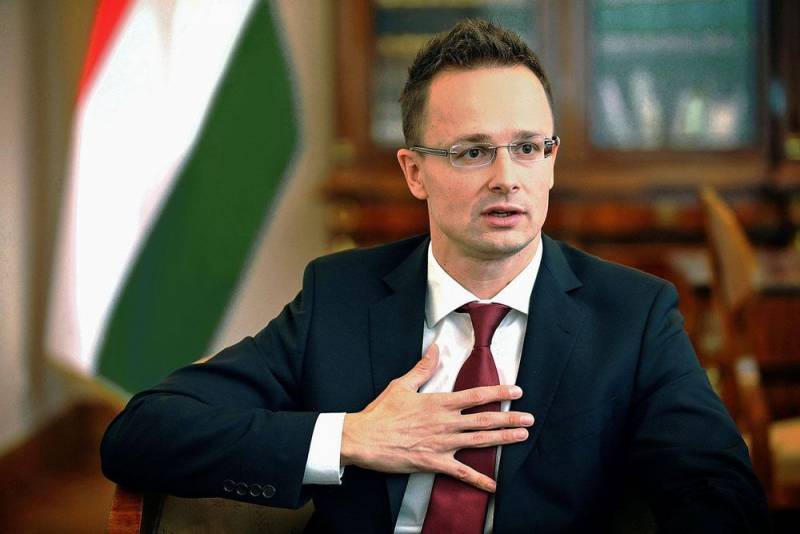 For example, Hungarian Foreign Minister Peter Siyyarto said that Western European countries are acting hypocritically. Since, on the one hand, they criticize Moscow, and on the other hand, they are conducting a multi-billion dollar business with it. In this regard, the countries of Central Europe are interested in pragmatic cooperation with Russia and do not want to be "losers."

The security interests of Central Europe lie in the pragmatic cooperation of the West and the East, such cooperation is positive from the point of view of our region. Anything that undermines such a pragmatic interaction does not help.
- Peter Siyyarto told reporters.

Siyyarto believes that history has already clearly demonstrated everything before. After all, when tension arose between the West and the East, it was Central Europe that was the loser.

He drew attention to the fact that Western European companies are doing huge business together with Russian companies, focusing on investments in the field of energy, the purchase of natural gas and the construction of gas pipelines between Germany and Russia. Siyarto did not pass over French President Emanuel Macron, who regularly criticizes Russia and does not hesitate to attend events such as St. Petersburg International economic Forum (SPIEF).

Having finished in Europe, Siyyarto touched on the topic of relations between the United States and Russia. He expressed sincere hope that Moscow and Washington will build relations on mutual respect.

We small countries can only cross our fingers for such cooperation, we can only hope
- added Siyyarto.

It should be noted that Siyyarto has repeatedly said before that the accusations of Brussels against Budapest about the too strong rapprochement of the latter with Moscow are unfounded. Siyyarto himself accused Brussels of maintaining much closer relations with Moscow than Budapest does. According to Siyyarto, the only difference is that Brussels, unlike Budapest, is trying to hide big business under superficial quarrels. By the way, in December 2018, he said similar in an interview with an Italian newspaper Corriere della Sera from Milan.

It must be recalled that the name "Gymnich" (Gymnich), which was mentioned above, belongs to one castle in Germany, where for the first time in 1974 a similar (informal) meeting was held.
Ctrl Enter
Noticed oshЫbku Highlight text and press. Ctrl + Enter
We are
Putin revealed what he spoke with the Japanese prime minister
Why the pro-Israeli lobby in the US has turned its back on trump
Reporterin Yandex News
Read Reporterin Google News
Ad
We are open to cooperation with authors in the news and analytical departments. A prerequisite is the ability to quickly analyze the text and check the facts, to write concisely and interestingly on political and economic topics. We offer flexible working hours and regular payments. Please send your responses with examples of work to [email protected]
Information
Dear reader, to leave comments on the publication, you must sign in.