US presses Venezuela to oust Russia from region

January 31 2019
0
Democracy and human rights? Sincere concern for the "miserable", "starving" people? All this should be forgotten when it comes to policy The United States, even the speeches of President Donald Trump, his national security adviser John Bolton and Secretary of State Mike Pompeo, are full of sweet “syrup” about how Washington will now help Venezuelans come to the “American dream”. 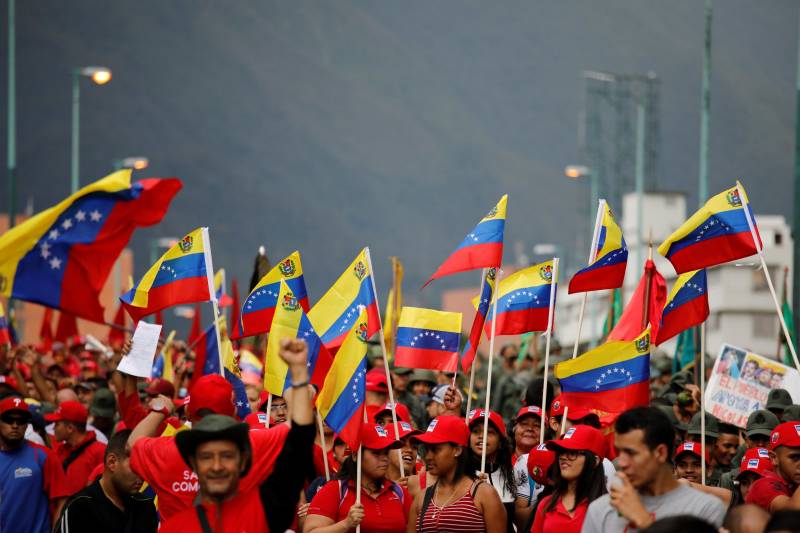 Even the Western press is forced to admit that this is not about some good intentions, but about predatory interests. Washington seeks to squeeze out of Latin America, primarily Russia, as well as other competitors.

Moreover, if the White House and the Pentagon succeed in “democratizing” Venezuela (presumably, as before - Yugoslavia, Iraq, Libya), then Cuba may become the next in this sad turn.

The American newspaper The Wall Street Journal, citing sources in the US presidential administration, reports: Washington is trying to strengthen its influence in Latin America. The desire to change power in Venezuela by overthrowing President Nicolas Maduro is a desire to weaken the positions of Russia, China and Iran in the region.

Sources of the publication also say that in the future, Washington’s efforts will be directed against Cuba. Now we need to break the connection between the two allies in the region - Caracas and Havana. In addition, some White House officials see Cuba as an even greater threat than Venezuela.

The administration aims to break ties between Venezuela and Cuba, as well as to achieve the collapse of regimes in both countries.
- said the author of the material.

In addition, a statement was made on CNN that the situation in Venezuela would be a serious test of "close friendship" between the heads of Russia and the United States.
Ctrl Enter
Noticed oshЫbku Highlight text and press. Ctrl + Enter
We are
US may strike Iran
WSJ: China scared of US sanctions
Reporterin Yandex News
Read Reporterin Google News
Ad
We are open to cooperation with authors in the news and analytical departments. A prerequisite is the ability to quickly analyze the text and check the facts, to write concisely and interestingly on political and economic topics. We offer flexible working hours and regular payments. Please send your responses with examples of work to [email protected]
Information
Dear reader, to leave comments on the publication, you must sign in.