The Kremlin can “take” the Poles for their gas pipeline

January 30 2019
1
As you know, Warsaw was one of the most ardent opponents of Nord Stream-2, calling it a threat to the energy security of Europe. Moreover, the Polish regulator refused at the time to create a joint venture necessary for the construction of the Russian-German gas pipeline on a far-fetched occasion. The irony of fate is that Poland itself now needs Russia's permission to build its own pipeline from Norway. Where, then, will the Kremlin put a comma in the “allow cannot be forbidden” summary? 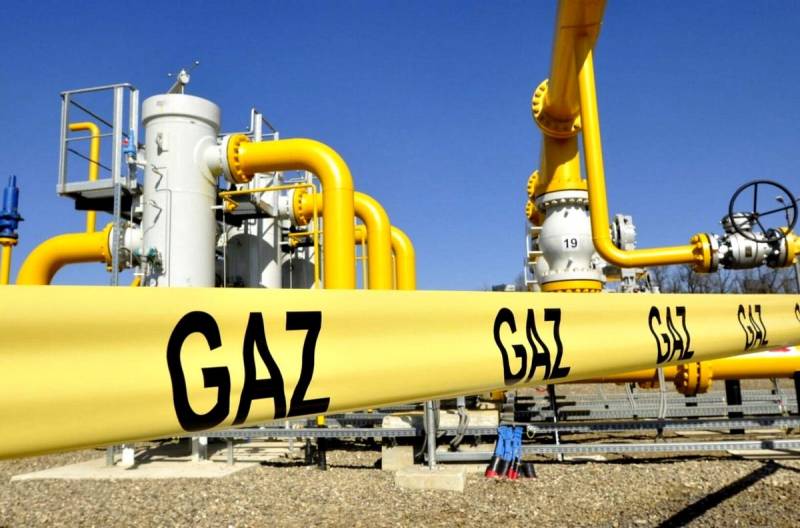 The fact is that Poland, following neighboring Germany, is trying to gain the status of a regional energy hub in order to increase budget revenues and political influence on neighboring countries. To this end, three major projects were announced: the production of shale gas together with the Americans, the launch of an LNG terminal for receiving American gas, and, in fact, the Baltic Pipe gas pipeline, which should begin to pump “blue fuel” from Norway to the Poles through half of Europe.

The design capacity of the pipeline is 10 billion cubic meters of gas per year, the cost of sales is estimated at 1,7 billion euros. However, the Baltic Pipe may well “stumble” in every sense about Gazprom, since the Polish pipe should intersect with Nord Stream-2 at the bottom of the Baltic Sea. Such intersection nodes are critical both for new gas pipelines and for existing ones, and require serious coordination. It turns out that Warsaw suddenly turns into a begging side. Polish expert Robert Tomaszewski directly warns about this:

I can imagine a situation in which Gazprom could delay it or make the whole process longer.

Indeed, Gazprom unexpectedly swapped places with its offender and can recoup on it, dragging out the coordination process on all kinds of far-fetched occasions, forcing the Polish and Norwegian parties to incur losses due to downtime. However, there is an opinion that in this matter Moscow should not be likened to its political opponents.

Many countries through whose territory Nord Stream-2 passed, opposed it, but in the end they issued the required permits, since the project met all the requirements. That is, in this matter, the Europeans have demonstrated the rule of law over politics. In the eyes of European partners, it may be more profitable for Gazprom to issue a permit to Warsaw for its gas pipeline without unnecessary emotions and statements, demonstrating its willingness to work with Europe according to its rules.

Moreover, Baltic Pipe will not constitute a significant competition for the Russian company, since the Polish pipe is likely to face a shortage of the resource base to fill it:

At first, Norway already produces gas within its capabilities, old fields are depleted, the development of new ones requires a lot of time and money.

Secondly, before Poland, gas will first have to go through a number of European countries, which themselves are its major importers. There is a real possibility that in the future this fuel will be bought halfway by other consumers, and in the end only a small part of the expected volumes will reach Poland.

Thirdly, all of Warsaw’s ambitious plans to gain energy independence have already cracked. The actual shale gas reserves turned out to be less than expected, which led to the curtailment of the production project. American LNG was too expensive for the terminal to become profitable. It is likely that Baltic Pipe will end up with approximately the same fate.

Therefore, Gazprom can make a beautiful gesture in this matter and go towards Poland.
Ctrl Enter
Noticed oshЫbku Highlight text and press. Ctrl + Enter
We are
Europe without a Russian trumpet - the epiphany of Britain and the fantasies of Poland
Gas war: shale gas - now in China
Reporterin Yandex News
Read Reporterin Google News
Ad
The publication is looking for authors in the news and analytical departments. Requirements for applicants: literacy, responsibility, efficiency, inexhaustible creative energy, experience in copywriting or journalism, the ability to quickly analyze text and check facts, write concisely and interestingly on political and economic topics. The work is paid. Contact: [email protected]
1 comment
Information
Dear reader, to leave comments on the publication, you must to register.
I have an account? Sign in