January 29 2019
0
Great Britain will leave the European Union (EU) on March 29, 2019, i.e. This significant event was not long to wait. However, the draft agreement with the EU on the “divorce” (of Brexit) is still not approved by the British Parliament. Moreover, Brussels has already agreed with everything written there and is looking forward to when London will do the same. 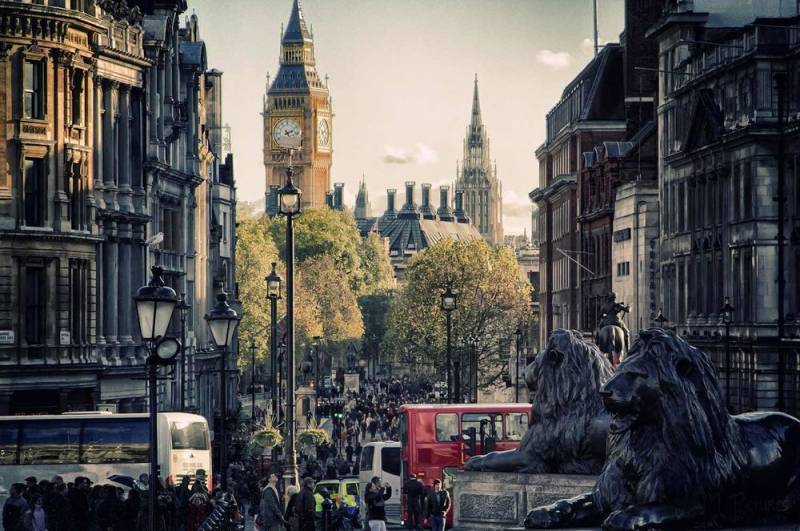 And so, as the correspondent reports from London «РИА Новости», January 29, 2019 the UK Parliament will make another attempt to consider this agreement. The new version differs quite a bit from the original agreement, which was rejected on January 15, 2019. But if before the day Britain exited the EU, the agreement would not be approved, then London could be in a very unpleasant situation and an attempt to “squeeze” as much out of Brussels as possible would have the opposite result, turning into a catastrophe. Moreover, on the eve of the vote, no one dares to make predictions about its outcome, so this meeting may not be the last.

The agreement, as before, is very dissatisfied with many, including a significant part of the Conservative Party. So Theresa May fusses as soon as she can, she even agreed to support one of the amendments that abolish the special customs and border regime for Northern Ireland. After all, the previous version of the agreement deafeningly failed in the House of Commons when considering the previous time (in support - 202, against - 432).

It is noted that parliamentarians initially proposed a dozen amendments, including the postponement of the UK exit from the EU. However, a special commission (Brexit committee) left only three amendments, and all of them are not very annoying Brussels. After all, they are attempts to prevent the "catastrophe of leaving the EU without a deal", i.e. The UK is leaving, but if before the end of March it does not have time to settle everything, it will stretch the pleasure until the end of 2019. Although under current law, it is the government that has the powers associated with the Brexit schedule.

It is clarified that the British unions asked May to postpone Brexit and initiate an extension of the legal norm governing EU membership. However, May refused union bosses: Lena McCluskey (from Unite), Dave Prentice (from Unison) and Tim Roach (from GMB). Then the union leaders said that "May refused to provide the necessary guarantees for the preservation of jobs and rights."

In addition, on the eve of the vote, the British Retail Consortium (BRC) sent a disturbing letter to members of the House of Commons. The letter was signed by the heads of retail chains: Sainsbury`s, Asda, M&S, Co-Op, Lidl, Waitrose, Costcutter, as well as chain eateries McDonald`s, KFC and Pret A Manger.

Distribution networks usually create stocks of goods for no more than two weeks, and it will be extremely difficult to replenish them if supply chains break. We are trying to look for alternative delivery routes (of goods to Britain), but the number of options is limited, and the number of ferries (via the English Channel) is not enough. All this is able to replenish only a small part of the total reserves ... We are extremely concerned that our customers will be the first to encounter the realities of Brexit without a deal. We urge parliamentarians to work together so that they urgently find a solution to the problem on January 29 and help avoid the shock of leaving the EU without an agreement
- the letter says.

BRC warns that in the case of Brexit without agreement, the flow of goods transported through the English Channel will decrease by 87% from the current level, which will inevitably lead to a deficit in the territory of Foggy Albion. BRC recalls that the United Kingdom is dependent on food supplies from Europe, especially in spring (90% lettuce, 80% tomatoes and 70% fruits).
Ctrl Enter
Noticed oshЫbku Highlight text and press. Ctrl + Enter
We are
Macron: There are three options for Brexit
Will Britain expect a new Brexit referendum?
Reporterin Yandex News
Read Reporterin Google News
Information
Dear reader, to leave comments on the publication, you must sign in.