March 16 2018
2
Few are willing to argue with the statement that NASA and Star Wars out of the general only have a cosmic context. If the first is a government organization that deals with complex tasks in space exploration, the second is a science fiction fairy tale about space wizards, with extremely specific ideas about how physical laws work. However, NASA engineers managed to see some benefit in all this. 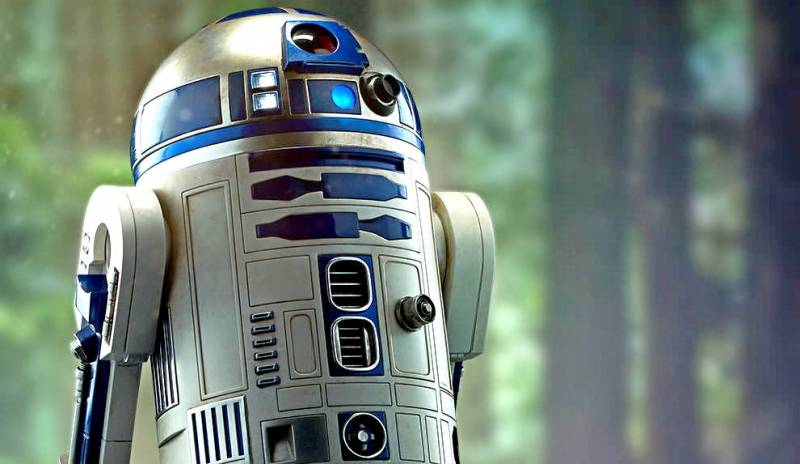 Chris Wardain (Kris Vardeyen), the man who worked for many years on the NASA Valkyrie humanoid robot project, argues that NASA should take a closer look at the concept of repair robots from Star Wars, like R2-D2 or BB-8. According to the scientist, robots of this type can be of great benefit in space.

The engineer notes that robots are already taking part in the work of people in space. So in 2011, the humanoid Robonaut 2 was launched on the ISS, whose tasks include the automatic change of air filters of the space station. In the future, such machines will be able to replace living astronauts in conditions associated with a serious risk to life. According to Vardein, Star Wars repair robots have some interesting features that might prove useful. For example, droids include a huge range of different devices and tools. So, R2-D2 is able to quickly solder wires while on the wing of an aircraft under laser fire, as well as extinguish a fire using the built-in fire extinguisher.

And although it is obvious that NASA is still aimed at creating humanoid machines, rather than mobile tool boxes, equipping them with functionality similar to R2-D2 may not be such a bad idea. In addition, the Engineer notes the independence of these robots from human exposure - they themselves are able to find out the cause of the problem, and then eliminate it. They have a full range of knowledge in matters of necessary repairs, which is part of their functionality.

Despite the fact that R2-D2 and BB-8 are much more realistic than you might think, their construction is not yet possible. However, NASA is already working on the issue of embedding intelligence in robots. One of the possible solutions could be combining projects such as Robonaut and IBM Watson - databases with artificial intelligence.
Ctrl Enter
Noticed oshЫbku Highlight text and press. Ctrl + Enter
We are
The end of the "Union": the Americans did not leave Russia a chance
What will Russia do when the ISS does not
Reporterin Yandex News
Read Reporterin Google News
Ad
We are open to cooperation with authors in the news and analytical departments. A prerequisite is the ability to quickly analyze the text and check the facts, to write concisely and interestingly on political and economic topics. We offer flexible working hours and regular payments. Please send your responses with examples of work to [email protected]
2 comments
Information
Dear reader, to leave comments on the publication, you must sign in.