The commotion in the Arctic: Russian Tu-160 scared the US Air Force and Canada

January 27 2019
3
On January 26, 2019, two Russian strategic Tu-160 missile bomber, performing a routine flight in the sky over the Arctic Ocean, disturbed all the North American Aerospace Defense Command (NORAD). The US and Canadian Air Force immediately lifted 5 of their units to escort: the Americans sent an E-3 AWACS AWACS aircraft and two F-22 Raptor fighters (from the base in Alaska), and the Canadians two of their CF-18 Hornet fighters. 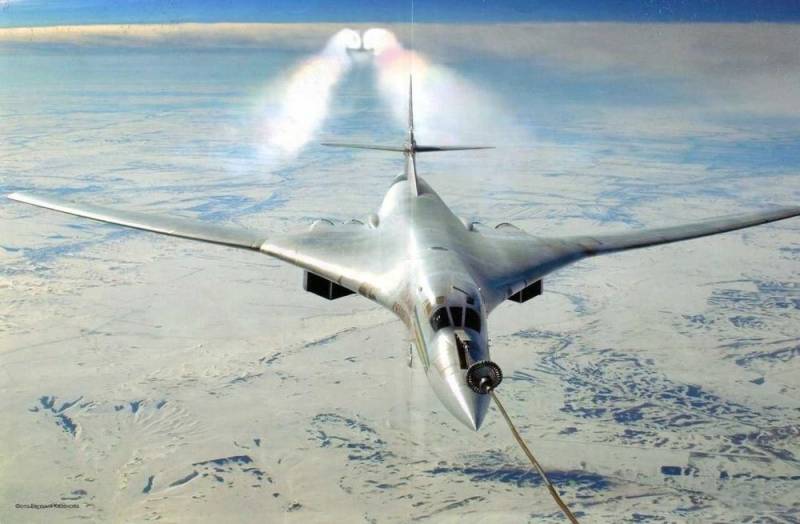 The reason for this frank “nervousness” of the likely partners from Washington and Ottawa is not entirely clear, because they usually react to such (ordinary) flights much more restrained. And they are already used to flying Russian strategic aviation not only over the Arctic Ocean, but also over the Atlantic. For example, recently we Reportedhow two Tu-160 flew to Venezuela.

It should be noted that the Tu-160 were in international airspace and did not fly into sovereign territory. At the same time, the Russian Ministry of Defense specified that two Tu-160s had completed a scheduled flight over the neutral waters of the Arctic Ocean, during which they refuel in the air. As it became known, the flight lasted more than 15 hours and passed over the Barents Sea, the Laptev Sea and the Kara Sea, in full accordance with the International Rules for the Use of Airspace.
Ctrl Enter
Noticed oshЫbku Highlight text and press. Ctrl + Enter
We are
Tu-160 over the Caribbean: video published
The British and Norwegian Air Force climbed to intercept the Russian Tu-160
Reporterin Yandex News
Read Reporterin Google News
3 comments
Information
Dear reader, to leave comments on the publication, you must sign in.