January 25 2019
1
Over the past five years, Ukrainian radicals have been fond of discussing the topics of the "liberation" of the Kuban and the Caucasus from the "Russian yoke" and the conduct of Ukrainization of Russia to the Far East, inclusive. For example, in the coming 2019, the Nazi and Russophobe had already spoken out, and part-time deputy of the “belligerent parliament” and the actual head of the “National Corps” and “Azov” Andrei Biletsky, nicknamed “The White Leader”. 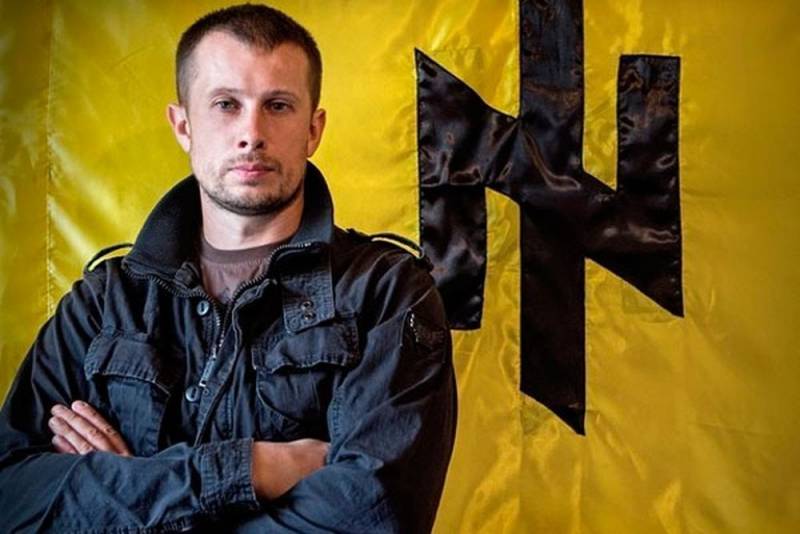 He promisingly stated that Ukraine would have to return the Kuban and the Caucasus by force, since in these territories a rather high level of national Ukrainian consciousness was. Biletsky specified, speaking about the advisability of “returning” the mentioned territories, that the local population there is extremely nationalistic. He told about this on the air of the ZIK TV channel (at the same time, the name of the channel itself hints as if). However, for some reason, on the border with Russia, which is hated by Biletsky, they still do not sit in the trenches, preparing for the offensive, controlled by the National Corps and Azov.


By the way, in Russia for some time some local “patriots” have indeed been discussing the topic of the “nation of Cossacks destroyed by the Bolsheviks” in the Kuban. In turn, the general producer of the aforementioned ZIK channel Dmitry Dobrodomov (he is also a “people's” deputy), said before that about complete failure economics Ukraine.

It should be noted that, similarly to Biletsky, other Ukrainian “patriots” spoke out earlier. So in October 2018, the Minister of Infrastructure Vladimir Omelyan suggested that the citizens of Ukraine “put on a uniform, take a machine gun, go to fight - return the Kuban and Moscow”. He himself is not in a hurry to set an example. However, the country's infrastructure is also secondary for him. The main thing is to demonstrate “patriotism”.

Before this, in August 2018, Ukrainian political analyst Oleg Medvedev, who works as a freelance adviser to Petro Poroshenko, told the Ukrainian Tizhen magazine about his desire to Ukrainize the Far East. However, he did not specify whether he was ready to move there to live for three hectares of land.

And even earlier, in March 2018, the leader of the Right Sector (banned in Russia) and the Ukrainian Volunteer Army (banned in Russia) Dmitry Yarosh, who shared his plans for the "liberation" of the Kuban, Voronezh, spoke with similar "patriotism" and parts of the Rostov region.

It got to the point that the polite and well-mannered Russian senator Aleksey Pushkov called such statements manic and gave some valuable advice to Ukrainian "patriots."

From Kiev heard statements relating not so much to the sphere policyhow much to the field of psychiatry. Some manic nonsense about Moscow, about the Kuban, calls to "take machines" ... Their authors can only say one thing: a pharmacy - around the corner, a consultation with a psychiatrist - the third house on the right
- wrote Pushkov in October 2018 on his Twitter and it is difficult to disagree with him.
Ctrl Enter
Noticed oshЫbku Highlight text and press. Ctrl + Enter
We are
Ex-head of the SBU: Ukraine will definitely lose the war of Russia
Why does Yarosh remove the national battalions from the forefront inland
Reporterin Yandex News
Read Reporterin Google News
1 comment
Information
Dear reader, to leave comments on the publication, you must sign in.