IL-114: the most “popular” aircraft will change air travel in Russia

January 25 2019
6
One of the important stages of the revival of the Russian aircraft industry should be the large-scale production of IL-114. Does it make sense? 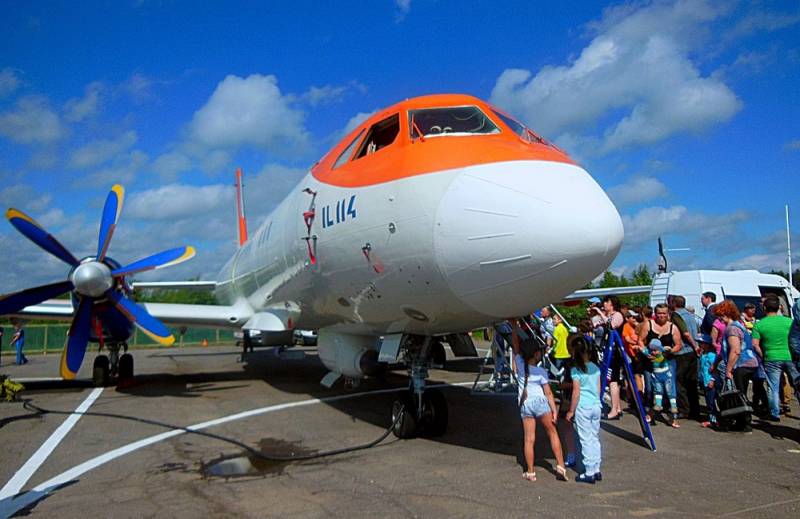 For loud statements about the new passenger aircraft MS-21 and dreams of a huge IL-106 transporter, we began to forget about another very important domestic aircraft construction project. We are talking about a passenger turboprop aircraft for local airlines Il-114. Dmitry Kozlov’s material “The creation of the Il-114-300 received a new strong impetus”, recently published in AviaPort, made him speak again. The specialist dismantled the planned progress of work on the new machine: I must say, in some detail. However, it is better about everything in order.

The project itself, unlike the Sukhoi Superjet 100 and MS-21, with all the desire, cannot be called new, which was one of the reasons for the relatively low interest from the media. The aircraft began to be developed in the late 80s, and the first flight he made on March 29, 1990. They wanted to produce it in series in Uzbekistan, at the Tashkent Aviation Production Association. The company produced several dozen cars, but political uncertainties stalled further production.

Perhaps even more important was the very limited interest in the car on the part of Russian customers. And not only them. Most of the machines operated by the state airline Uzbekistan Airways - six aircraft. But in May last year, commercial operation was completed. This would have been the end of the history of the aircraft, if it had not been for the plans announced by the leadership of the Russian Federation to give the country new domestic “wings”.

From the material of “AviaPort” it follows that the head of the Republic of Sakha (Yakutia), Aisen Nikolaev, directly stated at the meeting of the State Council Presidium in September last year that all Yakut An-2022s will be written off, not the last role in the degeneration of the car. The latter was developed in the distant 24s, but even in the 60s it remained the main plane of local airlines. The reason for such popularity lay in the extreme unpretentiousness of the machine: it could land on very small airfields and unprepared for landing soil. A total of 2000 such machines were built.

In general, the developer of a new machine represented by PJSC Aviation Complex named after S.V. Ilyushin ”felt a cardinal change in interest in the aircraft from the regions. Negotiations with potential customers began, plans were announced to demonstrate the aircraft at MAKS-2019. Perhaps in 2017, the appointment of Alexey Rogozin, the son of the current head of the Russian Space Agency, Dmitry Rogozin, played the role of the Director General of the S.V. Ilyushin Aviation Complex. However, it is worth saying that not all of Rogozin Jr.’s ideas were recognized as successful. So, for example, experts almost unanimously criticized the concept of “airplane” return of the first stage of a promising Russian launch vehicle voiced by him. They pointed to technical the deadlock of the scheme, and the lack of the necessary experience for the company "Il".

However, all this is "fiction." What do we have in fact? AviaPort announced a “firm contract” for the supply of 50 Il-114-300 aircraft for the State Transport Leasing Company. However, they only have to sign it - presumably in the first half of 2019. To do this, the company must receive budgetary funds allocated to support the promotion of IL-114.

It turns out the picture that we previously saw, only in the case of the same Sukhoi Superjet 100. When the state itself buys cars, according to previously reached agreements. Recall that Ilyushin is part of the United Aircraft Corporation, over 90% of the shares of which belong to the state in the person of the Federal Property Management Agency.

Good or bad is another matter. We will not consider it in detail now. However, it is clear that now the Russian aircraft industry will not be able to survive without the constant support of the state. On a global scale, it is simply uncompetitive, with the possible exception of a very narrow market for combat aircraft and helicopters. The remaining aspects of the project, in general, are characteristic of any new type of aircraft: long tests and improvements. There is no doubt that we will face a non-Soviet IL-114. It is known that for the first of the IL-114, new TV7-117ST-01 engines, new on-board equipment, systems and complexes are used. From the invariable - the machine control system, the hydraulic system and a number of other systems and subsystems. In any case, each of the new airborne systems will have to be completed for many years. And all this needs money. 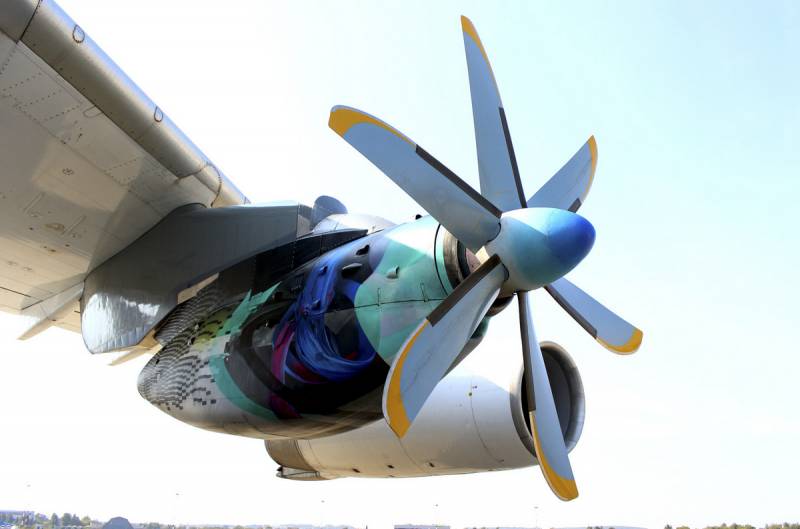 The biggest risks are seen with engines. Let's remind that domestic TV7-117S had very big drawbacks: low reliability, small resource, general “dampness” of the product. That is why the Uzbek Il-114 was supplied with the American Pratt & Whitney. What will happen in the case of TV7-117ST-01 is hard to say. However, it is worth noting a general trend - the transition of the post-Soviet aircraft industry to Western engines. This can be seen both in the case of Russia and in the case of Ukraine. The reason for this phenomenon is also understandable: even Soviet engines for civil aviation were much inferior to the best Western models. So there is little reason to believe in a "miracle" now.

Recall that both the Sukhoi Superjet 100 and the MC-21 use European and American engines. At “Superjet” it is a “Russian-French” SaM56 created on the basis of the French CFM International CFM146. In the case of the main hope of domestic aviation - MS-21 - everything is much more interesting. Especially for him in Russia they are creating a new PD-14, which they want to install on "half of the first 630 serial MS-21s." But, firstly, these 600 production cars need to be built to begin with: we recall that just over 270 have been ordered now. And, secondly, Russian experts now directly recognize that the installation of the PD-14 engine can lead to an increase in the price of operation of the winged cars.

On the other hand, the requirements for the power plant for local aircraft are not as high as in the case of large airliners, designed for operation around the world. Therefore, a purely hypothetically new IL-114 can see the native "engines". In conclusion, I want to say that the IL-114 is seen as an important and necessary aircraft, which can really change the domestic air transportation for the better. But time will tell how it will turn out in practice.
Ctrl Enter
Noticed oshЫbku Highlight text and press. Ctrl + Enter
We are
Unsuccessful Tu-334: could Russia get an alternative to the Superjet?
Long and very expensive. Ruslan vs IL-106
Reporterin Yandex News
Read Reporterin Google News
6 comments
Information
Dear reader, to leave comments on the publication, you must sign in.