January 21 2019
0
It became known that Moscow no longer doubts that Washington made the final decision to withdraw from the INF Treaty. This was announced on January 21, 2019 by the Deputy Head of the Russian Foreign Ministry Sergey Ryabkov. 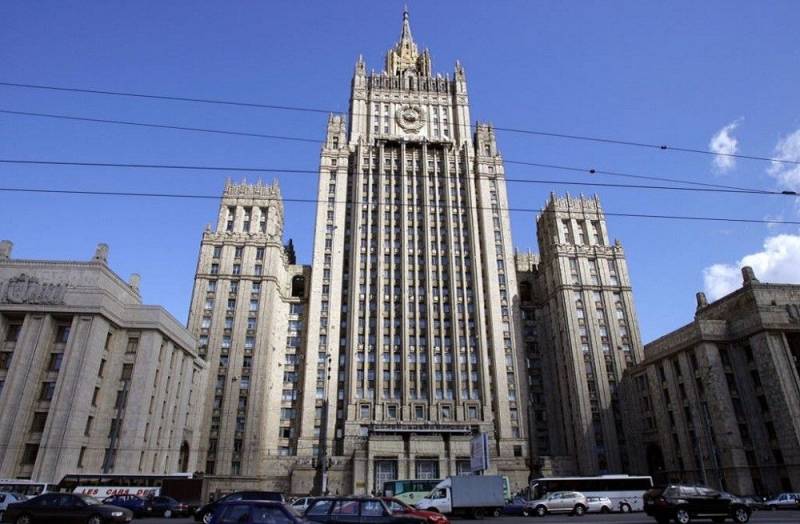 It should be noted that realizing the importance of maintaining the aforementioned agreement between the countries, the famous Russian diplomat did not limit himself to general phrases, but gave a full interview to Armen Hovhannisyan, editor-in-chief of the magazine "International Life". According to Ryabkov, the Americans have already made an internal decision to withdraw from the INF Treaty, and the suspension of their participation in the agreement is only an intermediate step. On this occasion, he has no doubt. In any case, the statements of American officials tell the experienced diplomat exactly that.

We are on the verge of the expiration of the 60-day deadline set by the United States itself, during which we were charged and proposed to carry out measures to destroy a missile allegedly violating the treaty. It is clear that the ultimatum and nature of this requirement is unacceptable to us, first of all, due to the absence of any violations on the Russian side. This missile does not violate the contract, it has never been tested for the range prohibited by the contract. And the Americans’ attempts to assert the opposite only show that they are looking for pretexts in order to free themselves from the restrictions imposed on them by the INF Treaty
- said Sergey Ryabkov.

At the same time, the diplomat is convinced that the INF Treaty must be maintained. In this connection, Moscow does not recognize the unilateral decision of the United States to suspend the INF Treaty and considers such actions to be legally void. According to Ryabkov, you need to look for a common solution at the negotiating table. It was precisely this that Moscow's efforts to participate in the International Consultations on January 15, 2019 in Geneva (Switzerland) were directed.

Ryabkov specified that Moscow is ready for unprecedented openness on the 9M729 missile, which is very worried about Washington. The Americans were even offered a demonstration and briefing on the said missile, which is not spelled out in the INF Treaty at all. But at the same time, Moscow insists that Washington also take practical steps to remove the concerns that Moscow is experiencing. This refers to the Aegis Ashore systems deployed in Romania and slated for deployment in Poland. After all, American target missiles are identical in their characteristics to the prohibited INF Treaty. However, so far the Americans have not shown their willingness to cooperate.

It must be added that the INF Treaty (Treaty on the Elimination of Intermediate-Range and Shorter-Range Missiles) between the USSR and the USA was signed on December 8, 1987. This agreement for the first time allowed the elimination of several classes of ground-based missiles at once and agreed that countries would never produce, test, or deploy them again. After that, medium-range cruise missiles (1000 - 5500 km.) And shorter-range missiles (from 500 to 1000 km.) Ceased to exist.
Ctrl Enter
Noticed oshЫbku Highlight text and press. Ctrl + Enter
We are
It's important1
“This is not an option”: Russia rules out the entry of its troops into Afghanistan
Moscow is grateful to Beijing for support in the INF Treaty
Reporterin Yandex News
Read Reporterin Google News
Information
Dear reader, to leave comments on the publication, you must to register.
I have an account? Sign in