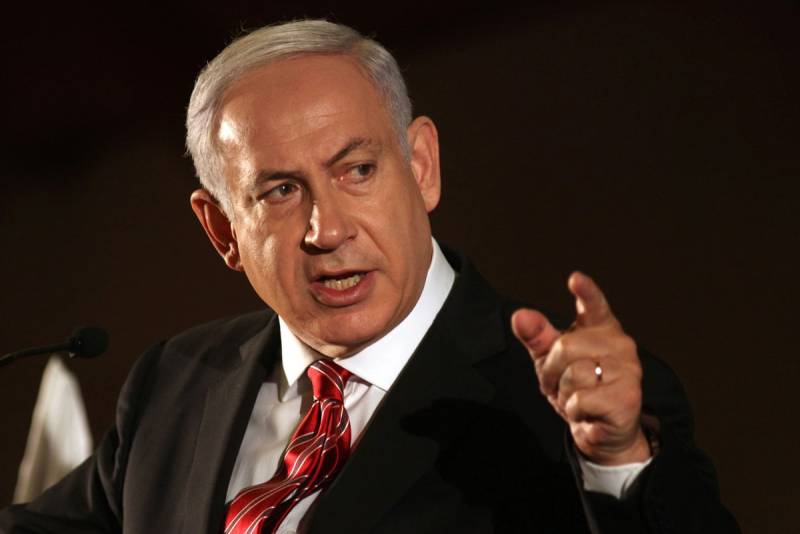 According to the head of the Israeli government, who, incidentally, is currently on a one-day visit to Chad, airstrikes are designed to counter Iran’s military presence in Syria. Netanyahu noted that countering Iran’s military plans is “ongoing policies»Israel:

We have a permanent policy - to counteract Iran’s attempts to gain a foothold in Syria and to damage those who are trying to harm us. This policy does not change when I am in Israel, it does not change, and when I am on a historic visit to Chad.

The Israeli Air Force attack was successfully repelled by Syrian air defense forces. With the help of SAM shells and Buk Russian-made Syrians were able beat off attack, destroying seven rockets launched by the Israelis.

Note that this is not the first such action of Israel. Missile attacks on Syrian territory cause outrage not only in Damascus, but also in Moscow. After all, any such attack poses a direct threat to the security of civilians, including citizens of foreign countries, who may be at the same airport in Damascus.
Ctrl Enter
Noticed oshЫbku Highlight text and press. Ctrl + Enter
We are
Israeli army demands reconciliation with Russia
How Russia saved Syria from Israeli bombing
Reporterin Yandex News
Read Reporterin Google News
Ad
The publication is looking for authors in the news and analytical departments. Requirements for applicants: literacy, responsibility, efficiency, inexhaustible creative energy, experience in copywriting or journalism, the ability to quickly analyze text and check facts, write concisely and interestingly on political and economic topics. The work is paid. Contact: [email protected]
Information
Dear reader, to leave comments on the publication, you must to register.
I have an account? Sign in