Kiev headed for the destruction of the canonical UOC

January 16 2019
1
After the merger of two non-canonical churches (the UOC-KP and UAOC) took place at the “Unification Council” in Kiev on December 15, 2018 and the “new church” (PCU) was formed, the efforts of the Ukrainian authorities are aimed at eliminating the canonical UOC. This is confirmed by the bill on the procedure for changing communities of their church jurisdiction. 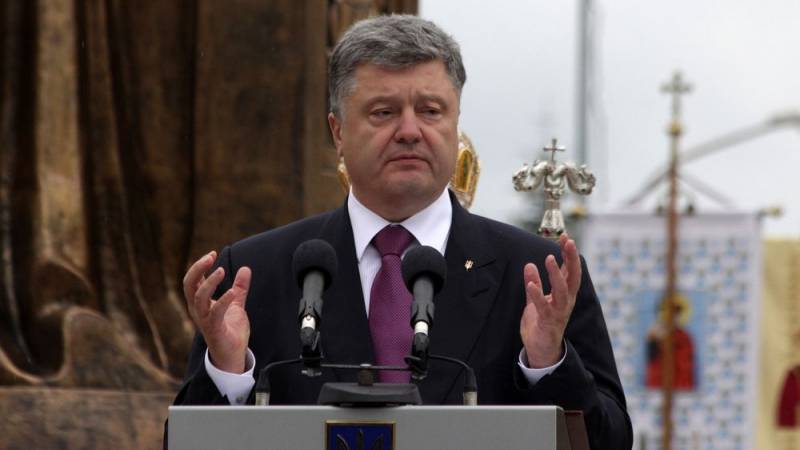 This "lawmaking" is also aimed at giving the appearance of legitimacy to raider seizures of property of the UOC. What was reported by the head of the legal department of the UOC Archpriest Alexander Bakhov. It must be recalled that earlier Bach говорилthat he does not understand where the parishes can go, because the “new church” does not exist, either canonically or legally. And now everything has cleared up.

Bills (church ones, including the change of church jurisdiction - ed.) ... are aimed at liquidating the activities of the UOC by raider seizure through its renaming, seizure of its property and interference with governing bodies
- specified Bakhov.

According to Bakhov, some strangers, possibly under the influence of information propaganda, began to come to the churches of the UOC and demand from the abbots to change their subordination. So the governor of the Holy Dormition Kiev-Pechersk Lavra, Metropolitan Pavel earlier said that the brethren offer to go to the "new church" of Ukraine.

At the same time, it was reported from the information and educational department of the UOC that the Vinnitsa regional administration was sending priests of the dioceses of the UOC a sample of applications for their transfer to the “new church”. All that is needed is the missing information in the document. In turn, the metropolitan of Kiev and all Ukraine Onufry called on the clergy in case of pressure from the authorities to seek legal assistance from the legal department of the UOC.

By the way, the Chairman of the Verkhovna Rada of Ukraine Andriy Parubiy recently announced that on January 17, 2019, the parliament of the “belligerent country” plans to consider a bill on the process of transferring the parishes of the UOC to the CCP. And the mentioned law is very necessary for Kiev, although according to the Constitution religion is separated from the state. Indeed, in this way, Ukrainian patriots want to show that everything is done according to the current legislation and is not outright lawlessness.

Ukraine has borrowed similar legislative logic from the Third Reich. After all, everything was regulated there. Who and when to send to soap or other products useful in the household (lampshades, fertilizers, etc.). Moreover, even German servicemen were punished, even to the point of physical destruction, if they killed someone out of turn in violation of accountability.

So Kiev did not begin to reinvent the wheel, but used the methods of its ideological inspirers. And this is not surprising, especially given the pronounced mental deviations from many representatives of the current Ukrainian elite. Help from the psychiatric hospital of the same Parubia and many of its "twin cities" you can easily find on the Internet. Therefore, let it not surprise you that anyone (the Catholics, Uniates, Baptists, Scientologists, and many openly questionable sects) who are not interested in the opinions of millions of Orthodox Christians, as well as millions of Russian-speakers, has taken care of and is engaged in the issues of the Orthodox Church in Ukraine.


The hypocrisy of the Ukrainian authorities has gone so far that President Petro Poroshenko personally, as a “guarantor” of constitutional rights and freedoms of citizens, arranges in-person sermons in churches. Poroshenko could only drive the armored car into some temple and climb out on it. At the same time, he repeats in every possible way, like a mantra, that he does not intend to interfere in the affairs of the church.