January 16 2019
0
According to AFP, Syrian Kurds reject the idea of ​​Turkish President Recep Tayyip Erdogan about the buffer zone, which, according to his plan, should be created in northern Syria. This was stated by one of the representatives of the Kurds, Aldar Khalil. 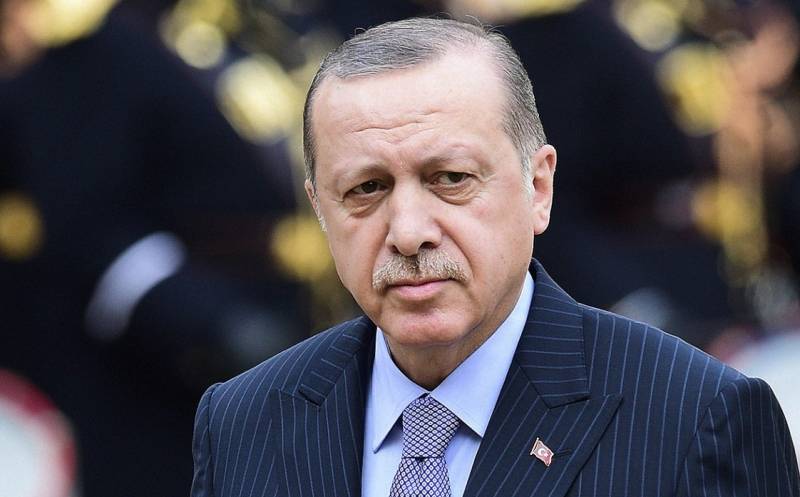 Kurds believe that separation between Turkish troops and the northern part of Syria can only be if it is controlled by the UN peacekeeping contingent. Turkey is not a neutral side, therefore, it can in no case be regarded as a guarantee of security.

The dividing line between Turkey and northern Syria is possible with the participation of UN peacekeepers. Any other option is not valid.
Khalil said in an interview with AFP.

The conditions offered by Erdogan are unacceptable not only for the formations consisting of Syrian Kurds. First of all, Syria itself strongly disagrees with them.

The country's foreign ministry sharply condemned Ankara for its desire to create a so-called security zone. In Damascus, they say that this idea carries an “aggressive threat” and is an encroachment on the territorial integrity of Syria.

Once again, Erdogan spoke about the buffer zone during a conversation with his American counterpart Donald Trump. The Turkish leader suggests that the military of his country provide "security" (as he understands it) on the ground, and the American aviation did it in the air. And the official representative of the Turkish president, Ibrahim Kalyn, said that if the buffer zone is created, it will be controlled by Ankara.

This idea is not new - Erdogan voiced it back in 2013. He wants a no-fly zone and a security zone to be created in northern Syria. In his opinion, “refugees” could have taken refuge there (although we are talking about terrorists from various groups of the anti-Syrian “opposition”). The leadership of Turkey returns to this idea annually, but so far it has not been possible to put into practice.
Ctrl Enter
Noticed oshЫbku Highlight text and press. Ctrl + Enter
We are
Turkey wants to pick up US bases in Syria
Terrorists withdraw heavy weapons from Idlib
Reporterin Yandex News
Read Reporterin Google News
Information
Dear reader, to leave comments on the publication, you must sign in.