Is the US ready to lose its fleet in the Arctic?

January 14 2019
12
The dominance of American military power is undeniable. Everywhere, except for one region, which unexpectedly for the United States was again incredibly important in strategic importance. It is, of course, about the Arctic. 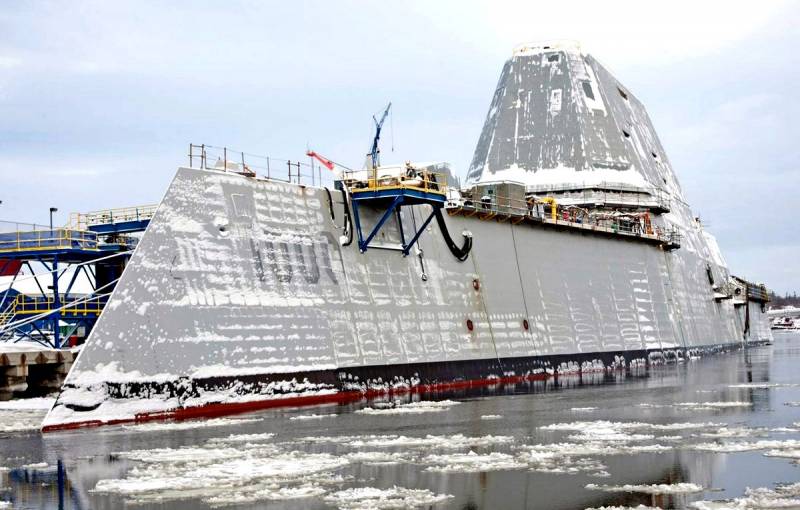 During the Cold War, the Arctic was a place of active confrontation between the USSR and the United States, as the shortest distance for the flight of strategic bombers and intercontinental ballistic missiles passed through the Far North. In the nineties, the Russian authorities abandoned the Arctic military infrastructure, leaving airfields, radar stations and a navigation system to freeze and collapse. The Americans wrote off Russia and divided the Arctic into zones of responsibility between their allies: the Danes, Norwegians, Canadians, and the British, believing that they could come back at any time.

But since then, much has changed. It turned out that due to the melting of the ice, the Northern Sea Route has every chance to make real competition to the Suez Canal. Thanks to the advent of modern of technologies huge reserves of hydrocarbons in the Arctic shelf became available for development. And after the Crimean Spring, US relations with the Russian Federation again returned to the state of the Cold War. And then it turned out extremely unpleasant moments for the Pentagon.

At first, Russia was able to preserve its unique icebreaker fleet, which is a happy exception to the general attitude to the Soviet legacy. Perhaps this is due to the fact that our oligarchs needed icebreakers for the development and subsequent transportation of hydrocarbons in the Far North. At present, oil and gas companies in Russia are actively interested in building new icebreakers and ice-class tankers. Leader-class icebreakers will be able to navigate ships through the NSR even in winter. Therefore, we can say that in this matter the interests of large business coincided with the national interests of the state.

In addition, it is worth mentioning the development in our country of combat icebreakers of Project 23550, equipped with artillery systems and Caliber cruise missiles, as well as a fire control radar. It is assumed that the first such vessel called "Ivan Papanin" can be launched in 2021.

Secondly, it turned out that the US Navy is not corny adapted to warfare in the Far North. Aircraft carriers, frigates and destroyers of the US Navy are good, but without an icebreaker they simply won’t get into the Arctic. Washington currently has only two outdated icebreakers, which regularly break due to a high degree of wear. The construction of new ones is planned, but it may take ten years.

Due to the lack of steam installations for cleaning ships from ice, American sailors will have to manually repel ice from all metal surfaces. And it’s scary to think what will happen to the US carrier strike group in the Arctic if for some reason it loses an icebreaker escort. It literally freezes into ice, and the Pentagon will have to ask these Russians to help release the fleet before the hummocks damage the aircraft carrier.

However, the United States could not but declare its claims to the Arctic. According to the head of the US Navy, Spencer, “the situation is under control”:

Yes, the concept is to head there.

True, the "Arctic campaign" of the United States will somewhat resemble the "Kerch breakthrough" of the Navy. The Americans are ready to risk a warship by sending it to the Arctic. One ship.
Ctrl Enter
Noticed oshЫbku Highlight text and press. Ctrl + Enter
We are
Ten "defeats" of Putin
The USA wants to chop off 1800 km of territory from Russia
Reporterin Yandex News
Read Reporterin Google News
Ad
We are open to cooperation with authors in the news and analytical departments. A prerequisite is the ability to quickly analyze the text and check the facts, to write concisely and interestingly on political and economic topics. We offer flexible working hours and regular payments. Please send your responses with examples of work to [email protected]
12 comments
Information
Dear reader, to leave comments on the publication, you must sign in.