January 11 2019
0
The situation with migrants and refugees can lead to the fact that US authorities will introduce a state of emergency in the country. This is necessary for the administration of President Donald Trump in order to secure funding for the wall, which, according to the White House, will solve the problems that arose on the US-Mexican border. 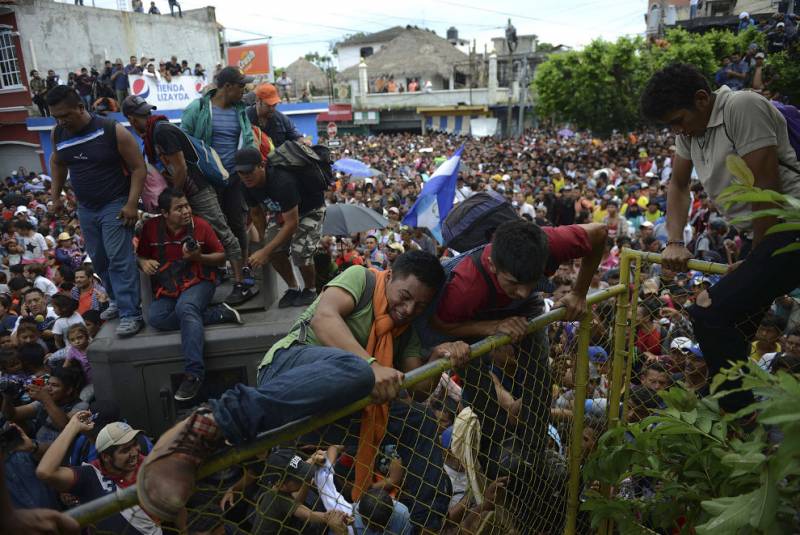 According to The Washington Post, citing sources in the US Presidential Administration, they are carefully studying the issue of funds not used by the Engineer Forces. Last year, they allocated $ 13,9 billion. This money was intended to eliminate the consequences of possible natural disasters (for example, floods), but they were not used up. It is these funds in the White House that we would like to spend on building a wall on the border with Mexico.

The head of state requires data from the command of the Engineering Forces on how long the relevant contracts can be signed. He would like the wall to begin to be built in the next 45 days.

In a recent speech to the Americans, Trump said the situation on the southern borders is a humanitarian crisis. In addition, this is a threat to the country's security. However, representatives of the Democratic Party in Congress object to financing the construction of a wall on the border.

Because of this, the United States has been experiencing a shutdown since December 22: the budget is not approved, and some departments in the country either do not work at all, or work in a limited mode. For the construction of the wall, the US president requires $ 5,6 billion.

It will be possible to begin the implementation of this project bypassing Congress if a state of emergency is introduced in the United States. It is to this decision that they lean in the White House.
Ctrl Enter
Noticed oshЫbku Highlight text and press. Ctrl + Enter
We are
Trump will build a wall at the expense of affected Americans
USA: the fight against immigrants was more important than the confrontation with Russia
Reporterin Yandex News
Read Reporterin Google News
Ad
We are open to cooperation with authors in the news and analytical departments. A prerequisite is the ability to quickly analyze the text and check the facts, to write concisely and interestingly on political and economic topics. We offer flexible working hours and regular payments. Please send your responses with examples of work to [email protected]
Information
Dear reader, to leave comments on the publication, you must sign in.