March 13 2018
0
Starting last month, China has conducted limited field testing of sunglasses with face recognition. As you might guess, these glasses are designed to help the police with the capture of criminals who use false documents and names when traveling. Now, the Chinese police have announced the expansion of this program to the suburbs of Beijing. 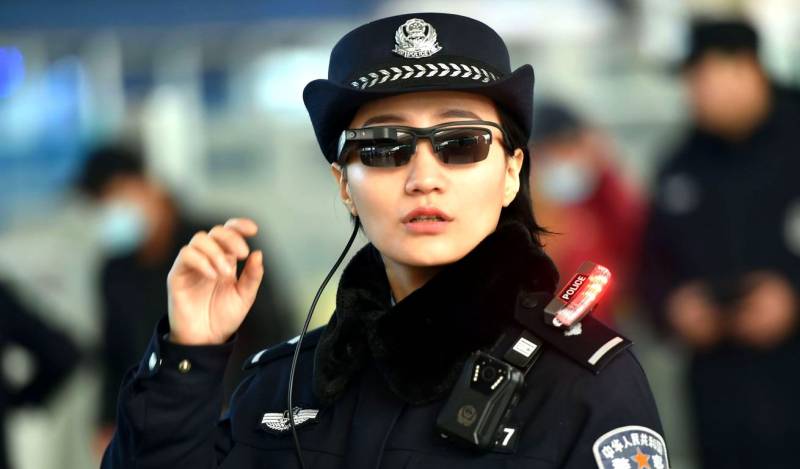 So far, super-glasses have been used only at Zhengzhou railway stations, the capital of Henan province, where on February 8, they were used to detain a total of 7 suspected of various crimes and 26 passengers traveling with false identities.

In addition, glasses allow the police to verify incoming visual data of car numbers and blacklisted persons, which, according to Reuters, includes criminals, journalists, dissidents and human rights activists, which the Chinese police successfully applied during the parliamentary congress last weekend.

The brain of the points program is a mobile module with a special program that costs $ 636. According to the police, the device proved to be extremely useful and reliable, the information provided by the program is very accurate and arrives instantly.
Ctrl Enter
Noticed oshЫbku Highlight text and press. Ctrl + Enter
We are
Google is preparing a breakthrough in augmented reality technology
Americans learned to “transplant” human memory
Reporterin Yandex News
Read Reporterin Google News
Ad
We are open to cooperation with authors in the news and analytical departments. A prerequisite is the ability to quickly analyze the text and check the facts, to write concisely and interestingly on political and economic topics. We offer flexible working hours and regular payments. Please send your responses with examples of work to [email protected]
Information
Dear reader, to leave comments on the publication, you must sign in.