Russia can create a military base in Central Africa

January 10 2019
0
The Russian military can settle in the very "heart" of the African continent. At the very least, this does not exclude the leadership of the Central African Republic (CAR). 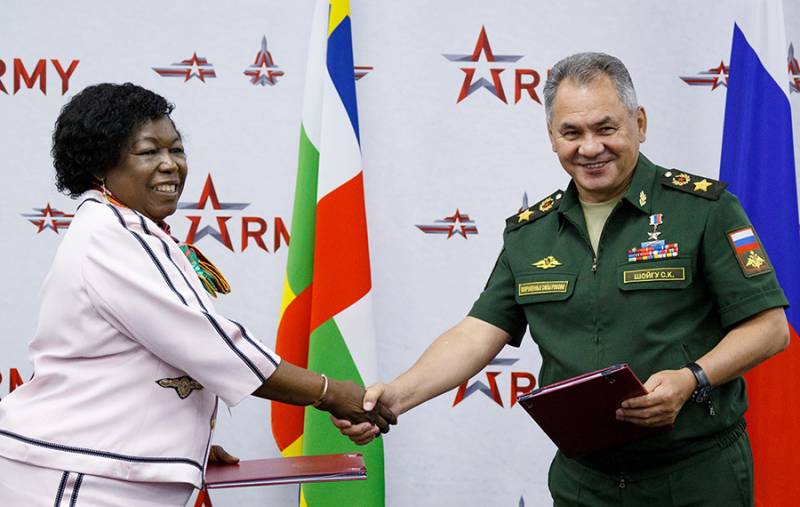 In the interview RIA News CAR Minister of Defense Marie Noel Koyara said the agreement between Russia and the Central African Republic allows the creation of a military base, but so far this issue has not been considered.

In August 2018, an agreement on military cooperation was signed between Russia and the Central African Republic. After the signing of the agreement, a military training center was opened in Berengo, where Central African soldiers, led by Russian instructors, learn methods of conducting modern combat and learn how to handle various types of weapons.

Of course, it is impossible to consider the training center in Berengo as a Russian military base, but many residents of the Central African Republic perceive it that way.

According to Marie Coillard, the CAR is now working to revive a strong army. This is necessary for the country to deal more effectively with radical and terrorist groups.
Ctrl Enter
Noticed oshЫbku Highlight text and press. Ctrl + Enter
We are
Why did the Minister of Defense of Central Africa come to Russia incognito?
Why Russia abandoned the idea of ​​creating naval bases in Africa
Reporterin Yandex News
Read Reporterin Google News
Ad
The publication is looking for authors in the news and analytical departments. Requirements for applicants: literacy, responsibility, efficiency, inexhaustible creative energy, experience in copywriting or journalism, the ability to quickly analyze text and check facts, write concisely and interestingly on political and economic topics. The work is paid. Contact: [email protected]
Information
Dear reader, to leave comments on the publication, you must to register.
I have an account? Sign in