In which regions of Russia in 2019 salaries will grow faster

January 8 2019
2
The Ministry of Economic Development of Russia made a forecast of the growth rate of average salaries of Russians in the regions for 2019-2021. It turns out that if nothing prevents, they (salaries) will grow (on average) stably at 4-5% per year. 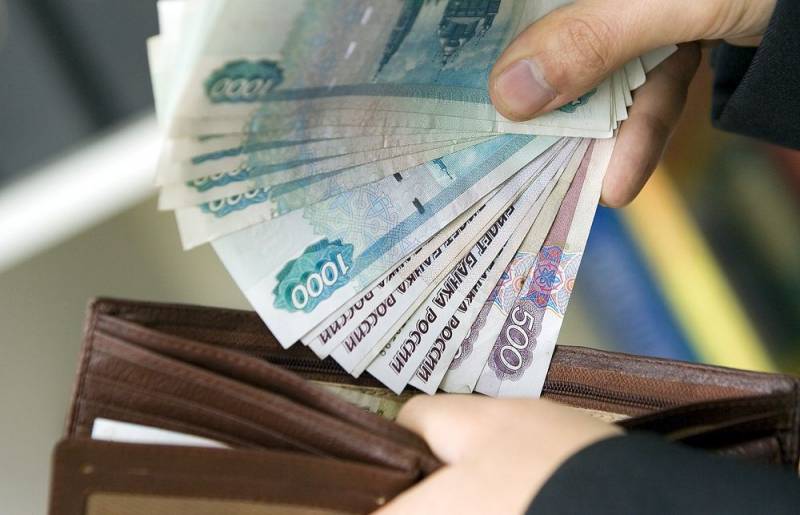 It is reported "Russian newspaper"at the disposal of which was the aforementioned document. He was commented by the vice-rector of the Academy of Labor and Social Relations Alexander Safonov. At the same time, salaries are indicated per month.

In the Southern Federal District, salaries will most likely grow in the Krasnodar Territory. There, in 2019, it will amount to 30,4 thousand rubles, in 2020 it will rise to 32,3 thousand rubles, and in 2021 they promise 34,2 thousand rubles. Growth is projected at 6% per year, as in Sevastopol.

It is necessary to clarify that, according to Alexander Safonov, the above forecast of the Ministry of Economic Development is an optimistic scenario. It provides for several conditions, without which salary growth will not work.

First, the overall growth of the Russian economics should be at least 1,8 - 2,1% per year. Secondly, it is necessary to increase the cash incomes of the country's population as a whole. Since the forecast refers to, among other things, the growth of self-employed salaries, and they are very sensitive to citizens spending on services.

That is, if people do not have enough for food, clothing and utilities, then they will stop spending money on tutors, repairs and more. At the same time, in 2019-2021, the previous rates of increase in wages for state employees are not expected.

Another important factor is the reaction of the labor market to the influx of new workers. Additional working hands lead, according to the expert, to lower wages or at least not to increase.
Ctrl Enter
Noticed oshЫbku Highlight text and press. Ctrl + Enter
We are
A new port will be built in the Arctic for 258 billion
Russia will live with a surplus budget: the “three-year plan” approved by the Federation Council
Reporterin Yandex News
Read Reporterin Google News
2 comments
Information
Dear reader, to leave comments on the publication, you must sign in.