The passage of the American destroyer caused a protest from China

January 7 2019
1
The USA has recently been actively “fighting” for the so-called freedom of navigation, sending its ships to different parts of the world. This time they came across a decisive protest from China. According to the Wall Street Journal, the US Naval McCampbell missile destroyer marched 12 miles from the disputed Paracel Islands in the South China Sea. 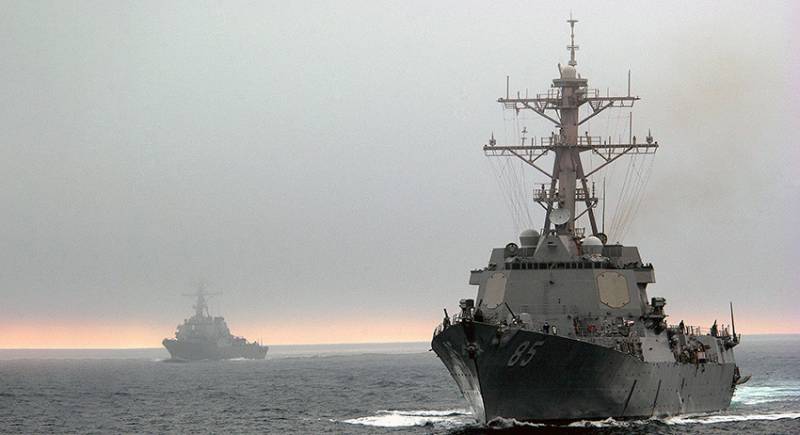 According to Rachel McMarr, spokeswoman for the US Pacific Fleet, this action was taken to "ensure freedom of navigation" and to confront "excessive maritime requirements." She added that the operation was not directed against any particular country.

However, this “peace-loving”, “calming” phrase did not suit Beijing, which called on Washington to stop such provocative behavior. Foreign Minister Spokesperson Lu Kang during a briefing said that a warning had been issued to the American ship. Beijing demanded that an uninvited guest leave the area.

We have already made a presentation to the American side in this regard.
- said Lou Kang. He added that the Chinese leadership reserves the right to take measures to protect its state, its sovereignty and security.

There have been similar incidents between China and the United States more than once. For several decades now, a territorial dispute over the Paracel Islands, on which there is a large reserve of hydrocarbons, has been ongoing. In Beijing, they are disputed by countries such as Malaysia, the Philippines, Brunei and Vietnam. These differences are used by Washington, directing its ships there.

It should be noted that on the eve of another American ship - Fort McHenry - entered the Black Sea under a similar pretext - ensuring “freedom of navigation”.

Ctrl Enter
Noticed oshЫbku Highlight text and press. Ctrl + Enter
We are
The Ministry of Defense of the Russian Federation evaluated the US naval maneuvers
US destroyer demo pass: a challenge that Russia has not noticed
Reporterin Yandex News
Read Reporterin Google News
1 comment
Information
Dear reader, to leave comments on the publication, you must sign in.