January 7 2019
1
Japanese Prime Minister Shinzo Abe reiterated the hope that a peace treaty with Russia could be signed in the near future. To put an end to the negotiations, he swore on the grave of his father. 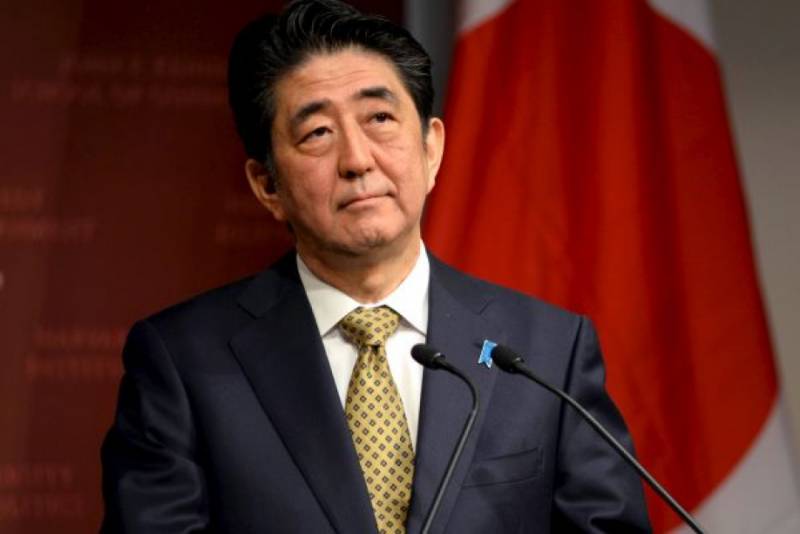 Arriving with his wife in the city of Nagato to commemorate their ancestors, Shinzo Abe went to the burial place of his father Shintaro Abe. In 1982-1986 Shintaro Abe, who was also a prominent Japanese politician, served as Foreign Minister in the Liberal Democratic Party government.

I swore on the grave of my ancestors every day to do my best and fulfill my duty, because this year will be a historic turning point,

Recall that Vladimir Putin and Shinzo Abe agreed to expedite negotiations on a peace treaty with Japan. The meeting of Russian Foreign Ministers Sergey Lavrov and Japan Taro Kono is scheduled for January 14, 2019. At it, diplomats will once again exchange views on the peace treaty.
Ctrl Enter
Noticed oshЫbku Highlight text and press. Ctrl + Enter
We are
Talks about the Kuril Islands: what Putin and Abe talked about
Japanese Prime Minister: we need peace with Russia today, not tomorrow
Reporterin Yandex News
Read Reporterin Google News
Ad
We are open to cooperation with authors in the news and analytical departments. A prerequisite is the ability to quickly analyze the text and check the facts, to write concisely and interestingly on political and economic topics. We offer flexible working hours and regular payments. Please send your responses with examples of work to [email protected]
1 comment
Information
Dear reader, to leave comments on the publication, you must sign in.