January 5 2019
5
The thesis about the resumption of production of Ruslan heavy transport aircraft is very popular even now. However, in Russia, it seems, they preferred a different car. 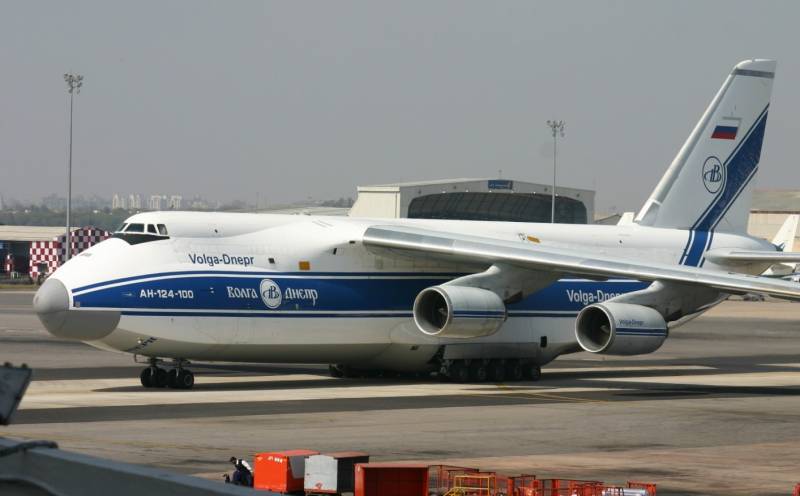 A bit of history

An-124 Ruslan is one of the largest Soviet aircraft. If it weren’t for the An-225 Mriya, it would have been the largest of them for a long time. And indeed for a long time he occupied the line of the main winged giant of our time. By the way, even now the An-124 is considered the world's largest cargo serial cargo aircraft. The carrying capacity of Ruslan is 120 tons. Such opportunities were appreciated during the years of confrontation with the States. Actually, purely conceptually, the An-124 was conceived as a response to the development in the US of the military transport Lockheed C-5 Galaxy, which would allow the transfer of significant military formations for thousands of kilometers. At the same time, the An-124 cannot be considered a copy of it. And even an analog can be called only conditionally, since the design of the machines are very different. 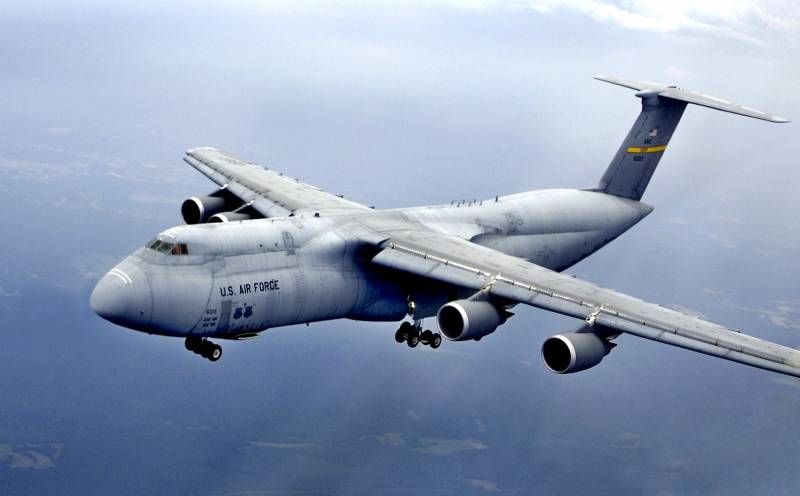 An-124 received a lot of advanced design solutions for the 80s. For example, for the first time in the history of the USSR, it was equipped with the so-called supercritical wing. The supercritical wing profile allows for a fixed value of the lifting force coefficients and the thickness of the profile to significantly increase the critical Mach number. The aircraft received an electro-remote control system, a new navigation system based on a modern on-board digital computer, as well as a number of other innovations.

“Ruslan” began to operate only in 1987, so he was not destined to become a workhorse of the Cold War. But the capabilities of the machine were appreciated by civilian customers: only in 1990, the An-124 transported 51 large-sized units equipment in the interests of various commercial firms. As of 2016, sixteen Ruslans were at the disposal of the Russian Aerospace Forces. Approximately ten of these machines were operated by Volga-Dnepr, and eight more aircraft were at the disposal of the 224th flight detachment, the Russian aviation enterprise, which is a subsidiary of the Ministry of Defense. Ukraine also uses Ruslana: Antonov Airlines has seven such machines. We also note that for all years 55 An-124 aircraft were produced.

Big plans for the future

The project to resume production of the An-124 almost always existed as Russian-Ukrainian. And almost never considered as purely national. Designed by OKB. O.K. Antonova, he really can be considered Ukrainian, at least to a large extent, although it would be more correct to call the plane “Soviet”. Still, it was developed by the whole country.

Back in June 2018, Antonov officially announced that it was impossible to upgrade the An-124 without the participation of the Ukrainian side, because only they “possess all the technical knowledge and necessary information about the design.” Again, most likely, this is indeed true. Recall that the parties signed an agreement on the resumption of mass production back in 2007. Several machines were ordered by the Russian Ministry of Defense, and another 40 were ordered by Volga-Dnepr. The plans were really Napoleonic. The delivery of the first two aircraft was planned back in 2013, but in July 2011 Chairman of the Board of Directors of Motor Sich OJSC Vyacheslav Boguslaev announced that the program for resuming serial production of Ruslanov at the Aviastar-SP Ulyanovsk aircraft plant was postponed to 2016.

In itself, this could not be called a "tragedy", because preparation for the production of such a complex and expensive complex is by default a very long and complicated process. With a huge amount of risks. In December 2013, Putin and Yanukovych signed an agreement to support the serial production of the car, which underlined the seriousness of their intentions. However, further due to political phenomena are easy to imagine. Already in August 2014, the deputy head of the Ministry of Industry and Trade of Russia, Yuri Slyusar, said that due to the political situation, the project for the serial production of the aircraft was no longer on the agenda. As well as a number of other Russian-Ukrainian programs.

Immediately, we note that in the current political situation, there is no point in talking about the resumption of aircraft production in earnest. Moreover, with a great deal of certainty, we can say that nothing will change in relations between Russia and Ukraine in the next ten to fifteen years.

If you fantasize and imagine normal relations between countries, then, oddly enough, there will only be more questions. It is no secret that the capabilities of modern Ukraine in the production of aircraft components, as well as the modernization of winged vehicles (we are not talking about conditional independent production of aircraft). Not the fact that Russia would be delighted with such a partner. In turn, the Kremlin in the person of the project would receive a new lever of pressure on the Ukrainian side, which it would hardly be pleasant to itself. You don’t have to go far for examples: you can recall the An-148, An-70 and other winged vehicles, which constantly became hostages of the political situation.

Another problem could be that the An-124 cannot be called a new aircraft. It is already to some extent outdated, like a base. However, this difficulty in itself is unable to have such a devastating effect as politics. For example, the requirements for the economy of military transport aircraft are very different from the requirements for passenger winged vehicles. The range and ability to operate in different conditions is much more important.

In general, it seems that Russia has already decided everything for itself. At the end of December 2018, it became known that “Il” intends in the foreseeable future to create the Il-124 heavy transport aircraft to replace the An-106 Ruslan: it should appear already in 2025-2026.

To date, the IL-106 is recorded in our program, and we are starting to create it. The cargo compartment of the IL-106 will be the same dimension as that of the Ruslan. New engines, new avionics and everything else will be installed on the plane
- said the chief designer of PJSC "Il" Nikolai Talikov. He confirmed that conversations regarding the resumption of the Ruslan issue continued for a very long time, but, ultimately, this idea was abandoned.

Thus, discussions about the need to recreate the An-124 ended
- emphasized the specialist.

The IL-106 project is also far from new: the car began to be developed back in the USSR. From open sources it is known that it is designed for the transport of goods weighing up to 100 tons at distances of up to 5000 km. They want to carry out the transporter according to the normal aerodynamic scheme with a moderate sweep wing with vertical end surfaces. The aircraft will receive front and rear cargo ramps, which will significantly speed up loading / unloading.

They want to supply a new car with promising engines.

Today, the United Engine Corporation has also begun work on our aircraft and is creating engines with a thrust of 24-26 tons
- says Nikolai Talikov. In general, as practice shows, a large country really needs a large military transport aircraft.

At the same time, Russia has already proved its ability to create new winged cars. Therefore, we can confidently say that sooner or later the Il-106 will still be born, which will mark the beginning of the end for the An-124.
Ctrl Enter
Noticed oshЫbku Highlight text and press. Ctrl + Enter
We are
The confrontation of An-124 and C-5 Galaxy: Ruslan is forced to concede
Big country - big cars: the largest aircraft of the USSR
Reporterin Yandex News
Read Reporterin Google News
Ad
We are open to cooperation with authors in the news and analytical departments. A prerequisite is the ability to quickly analyze the text and check the facts, to write concisely and interestingly on political and economic topics. We offer flexible working hours and regular payments. Please send your responses with examples of work to [email protected]
5 comments
Information
Dear reader, to leave comments on the publication, you must sign in.