James Bond watch: Shell accessory can transform into a smartphone

January 2 2019
0
The smart watch regiment arrived. However, if we are used to accessories, most of the functions of which are “tied” to a smartphone, then the developers of the gadget called Shell offer us something fundamentally new. The device appeared on the eve of crowdfunding platform Indiegogo the day before and is a transformer watch that at any moment can turn into a full-fledged communicator. 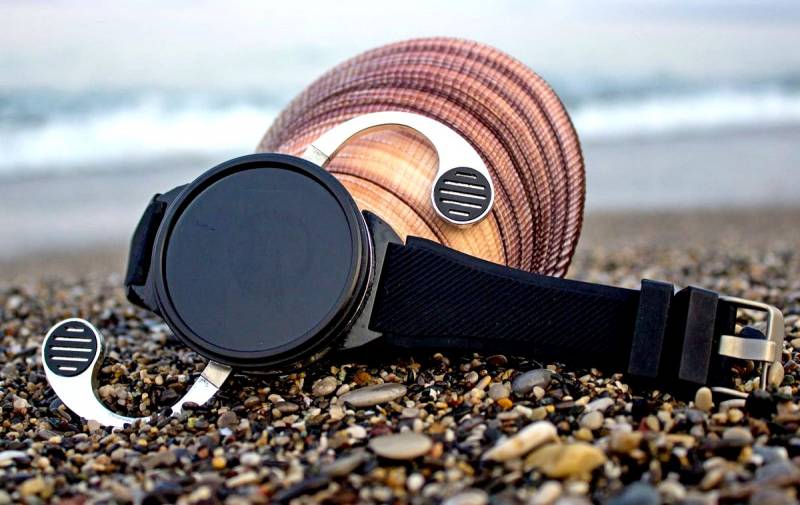 When assembled, the novelty looks like an ordinary men's accessory on a stylish strap. However, when you disconnect the watch from the latter, the legs that transform the gadget into a smartphone are “discarded” at the bottom and top.

At the bottom there is a microphone, and at the top there is a speaker, which allows you to communicate using Shell like a regular mobile phone. Moreover, the accessory is not without other functions of the smartphone. It supports Wi-Fi, GPS, 4G and Bluetooth, there is a built-in browser, and the upper leg is equipped with a camera. The latter, by the way, rotates 360 degrees.


Plus, the developers have added another “highlight” to their device. Shell has a built-in miniature manual generator that allows you to recharge the device due to the simple compression of the legs.
Ctrl Enter
Noticed oshЫbku Highlight text and press. Ctrl + Enter
We are
Bose presented "smart" glasses with piezodynamics
Americans Reinvent Cell Phone
Reporterin Yandex News
Read Reporterin Google News
Ad
We are open to cooperation with authors in the news and analytical departments. A prerequisite is the ability to quickly analyze the text and check the facts, to write concisely and interestingly on political and economic topics. We offer flexible working hours and regular payments. Please send your responses with examples of work to [email protected]
Information
Dear reader, to leave comments on the publication, you must sign in.