Chief of General Staff of the Armed Forces of Ukraine: We didn’t capture the “gray zone”

December 29 2018
0
Ukrainian General Viktor Muzhenko is trying to refute allegations against the Armed Forces of Ukraine in flagrant violation of the Minsk agreements. 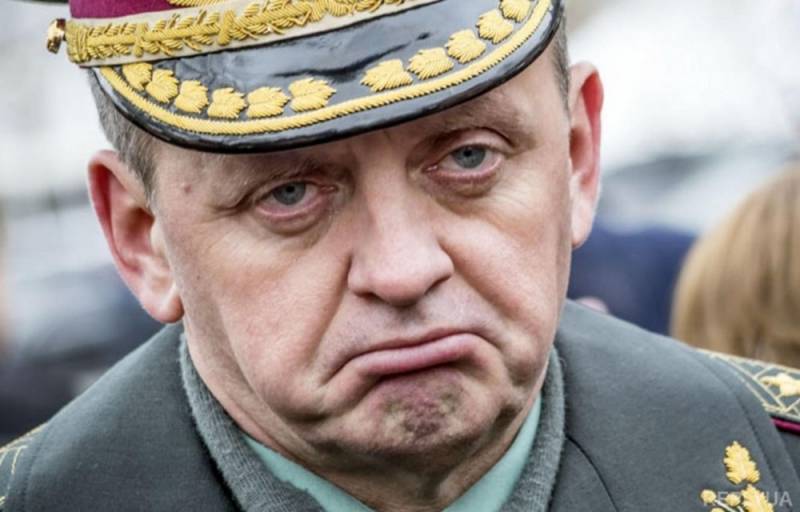 According to Muzhenko, the Ukrainian military only strengthened control over several settlements located on the contact line of the parties, but we are not talking about the seizure of the “gray zone”.

Interfax News Agency quotes the Chief of General Staff of the Armed Forces of Ukraine:

At the same time, Muzhenko found it difficult to answer about which particular settlements in question:

South, there, Aleksandrovka, some more settlements

Such an answer by the Chief of the General Staff testifies either to his incompetence or to a conscious lie.

In the case of General Muzhenko, we are talking about both.

Over the years since the start of the civil war, the Ukrainian general has repeatedly proved his incompetence, which turned into a rout of the Armed Forces in Ilovaysky and Debaltsevsky boilers.

Numerous victorious reports of the Ukrainian media help to convince Muzhenko of a deliberate lie, which, with the filing of the press service of the Ukrainian Armed Forces, almost daily claim the seizure of settlements in the gray zone.
Ctrl Enter
Noticed oshЫbku Highlight text and press. Ctrl + Enter
We are
Ukrainian punishers ran into their own mines
Ukraine captures the "gray zone" in the Donbass
Reporterin Yandex News
Read Reporterin Google News
Ad
We are open to cooperation with authors in the news and analytical departments. A prerequisite is the ability to quickly analyze the text and check the facts, to write concisely and interestingly on political and economic topics. We offer flexible working hours and regular payments. Please send your responses with examples of work to [email protected]
Information
Dear reader, to leave comments on the publication, you must sign in.