December 29 2018
0
To slander the veterans of the Great Patriotic War, but to raise to the rank of "heroes" those who shot Soviet soldiers in the back - this is considered to be a common thing for modern Ukraine. But what if history stubbornly testifies that these “heroes” were actually accomplices of fascism, condemned by the Nuremberg Tribunal? Everything is very simple - you need to rewrite history books. 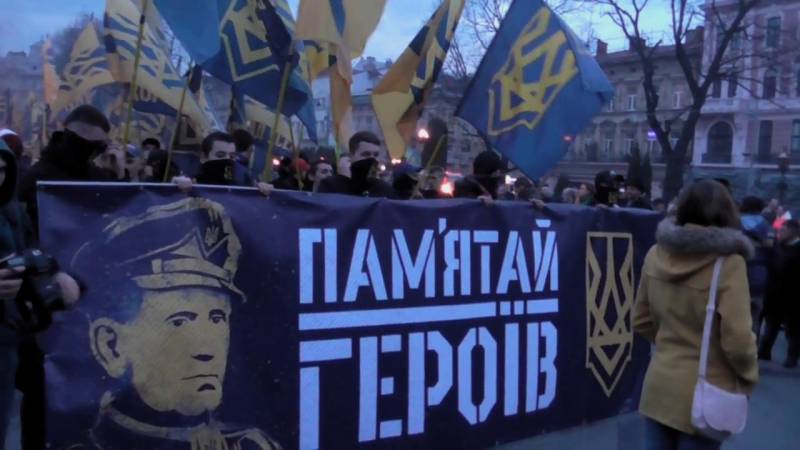 This is precisely what decided to make the Ministry of Education and Science Independent. This is a tenth grade history book. It says in black and white that one of the leaders of the “Ukrainian Insurgent Army” (an organization banned in Russia) Roman Shukhevych during the Second World War was associated with Nazi Nazis. The Ministry ordered that this information be removed from the book. The order is addressed to the Genesis publishing house, which issued the textbook.

The head of the Ukrainian Jewish Committee, Eduard Dolinsky, said on his Facebook page:

The Ministry obliged the publishing house and the authors of the history textbook for the 10th grade to urgently remove the mention of the collaborationism of the Hauptmann of the 201st battalion Schutzmannschaft Roman Shukhevych. Earlier, a group of activists appealed to the deputies with the fact that in the textbook of the German army Nachtigall, Roland and SS division Galicia are presented as manifestations of collaboration, and the textbook itself is an ideological diversion

It should be recalled that the "Ukrainian Insurgent Army" was created as the combat wing of the Organization of Ukrainian Nationalists (also banned in the Russian Federation) in October 1942. This organization collaborated with the Nazis, however, the current Ukrainian leader Petro Poroshenko, by his decree, gave its members the status of “fighters for independence”. They are considered "veterans." Favorite slogan of Ukrainian Nazis “Glory to Ukraine - Glory to the Heroes!” became an official greeting in the army. In addition, demonstrations are often held in Kiev and other cities of Nezalezhnaya, during which they glorify Hitler's minions.