The end of nuclear energy in Ukraine

December 29 2018
4
By saying goodbye to Russia, Ukraine risks losing its nuclear energy, which was the pride of the USSR. Today, four nuclear power plants operate in Nezalezhnaya. The infamous Chernobyl nuclear power plant is closed, but in its vicinity, American experts have decided to build a ground-based storage facility for nuclear waste. Nuclear energy provides about 60% of all generation in Ukraine. But the problem is that all available stations are very “age-related”, and the terms of their operation are starting to go out. What then will remain Independent? 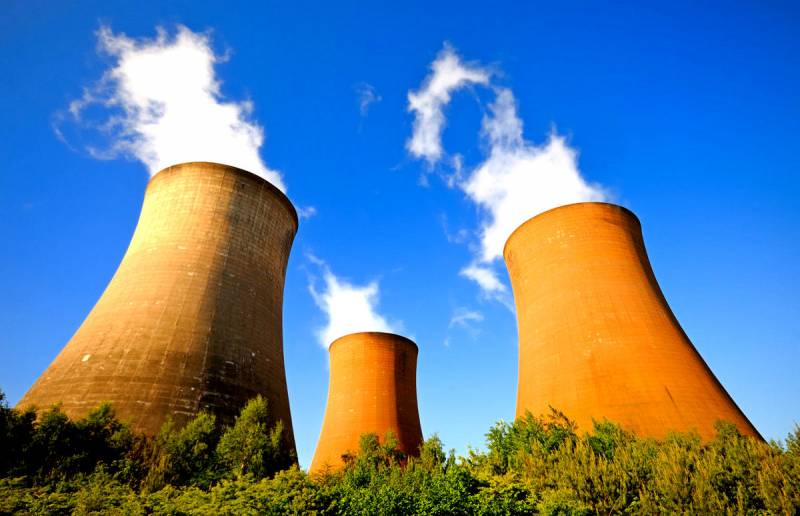 Judge for yourselves, a warranty period of 15 has already come out of 10 operating nuclear reactors. It was extended by overhaul for 10 years, but at the same time there was a decrease in their capacity. So, by 2020, the total capacity of all nuclear power plants is expected to fall by 1 Gigawatt compared to the 2015 level. After the development of already extended service life, it will be impossible to repeat this focus. There are five more relatively “young” units left, their warranty periods will also expire in the foreseeable future: two - 2020, two more - 2035, and one - 2026. They can also be repaired and extended for 10 years, but that’s all. By 2030, approximately Nezalezhnaya may remain at least half of atomic energy.

What do they have to do?

Overhaul of one reactor costs at least $ 300 million, and that’s if you don’t steal it. The budget for the construction of a new power unit is estimated at a range of 3 to 5 billion dollars, again, if you do not run “sticky hands” in state money. Experts say that in order to maintain electricity generation at the current level, it is necessary to launch at least 2025 new power units by 4. So consider it. It would be possible to complete the construction of two power units at the Khmelnitsky NPP at an emergency pace, with a degree of readiness of 26% and 70%. It will be “a little” cheaper, only 3,7 billion euros.

And there is no money for this in the country. The Ukrainian Energoatom stated that due to low selling prices for electricity, its budget deficit amounted to 1,3 billion hryvnias. The head of the company complains that he does not even have money to buy fuel for nuclear power plants. And we remember that Kiev imposed on its nuclear engineers the expensive products of the American Westinghouse.

So what to do? Close Ukrainian nuclear plants one after another? But it also costs a lot of money. Experts explain that the conservation of the spent power unit costs about a billion euros. And in their Independent 15 ...

The elimination of nuclear energy, which gives 60% of generation, means an even greater increase in electricity prices. The construction of substitute TPPs on gas is not an option, since Kiev refused to use Russian fuel, and it becomes an expensive pleasure to buy it by reverse in the West according to European rules. Launching them on coal will also be a little expensive, since coal remained in the Donbass, and from Pennsylvania or Australia to drive it in large volumes will ruin consumers.

However, the residents of Ukraine will pay in full for the "European integration". Energoatom hints that an increase in electricity tariffs is needed so that the company can service its nuclear power plants. So you have to pay in a new way, but will this money come to the construction of new power units?
Ctrl Enter
Noticed oshЫbku Highlight text and press. Ctrl + Enter
We are
Cheaper: the United States became embarrassed by Ukraine, but lost Europe
The Chinese put Rosatom from Ukraine
Reporterin Yandex News
Read Reporterin Google News
Ad
The publication is looking for authors in the news and analytical departments. Requirements for applicants: literacy, responsibility, efficiency, inexhaustible creative energy, experience in copywriting or journalism, the ability to quickly analyze text and check facts, write concisely and interestingly on political and economic topics. The work is paid. Contact: [email protected]
4 comments
Information
Dear reader, to leave comments on the publication, you must sign in.