December 27 2018
0
The United States has stepped up intelligence work near the borders of Russia and Belarus using electronic reconnaissance aircraft and drones. 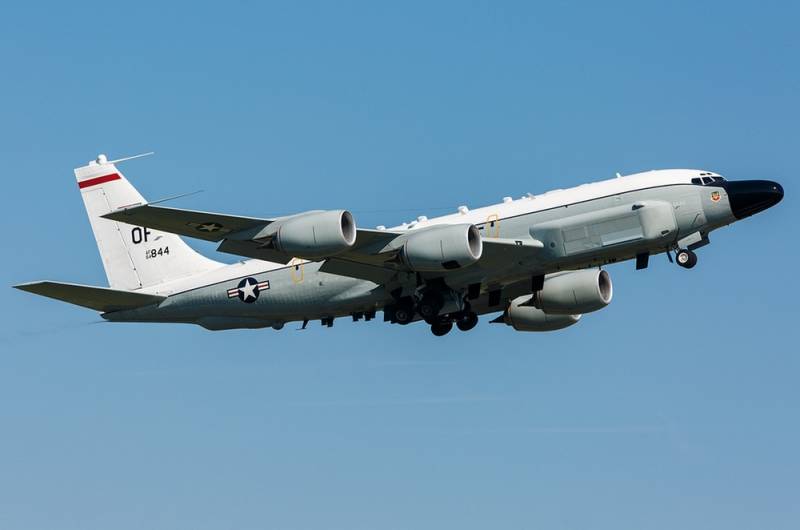 The U.S. Air Force strategic reconnaissance aircraft Boeing RC-135V, flew out from Greece at about 8 a.m. and flew along the south-west coast of Crimea without entering the airspace of Russia, after which, at 13.00 it lay back on course.

A few hours later, the same aircraft conducted electronic reconnaissance along the borders of Belarus and the Kaliningrad region.

It should be noted that the United States, using NATO military airfields in Europe, put electronic intelligence on a regular basis.

Formally, Washington does not violate international airspace regulations. However, in fact, it is carrying out work aimed at undermining Russia's defense capability.

From time to time, Russian fighter jets fly to intercept American reconnaissance aircraft and, if possible, “nightmare” them with dangerous maneuvers.
Ctrl Enter
Noticed oshЫbku Highlight text and press. Ctrl + Enter
We are
US Air Force reconnaissance off northern border of Crimea
US Air Force planes spend hours searching for S-300 in Syria
Reporterin Yandex News
Read Reporterin Google News
Ad
We are open to cooperation with authors in the news and analytical departments. A prerequisite is the ability to quickly analyze the text and check the facts, to write concisely and interestingly on political and economic topics. We offer flexible working hours and regular payments. Please send your responses with examples of work to [email protected]
Information
Dear reader, to leave comments on the publication, you must sign in.