Walesa said when the Poles can forgive the crimes of Bandera

December 26 2018
0
Former Polish President Lech Walesa is well aware that in the coming years it will not be possible to resolve the conflict between Poland and Ukraine due to Kiev’s heroization of Stepan Bandera. 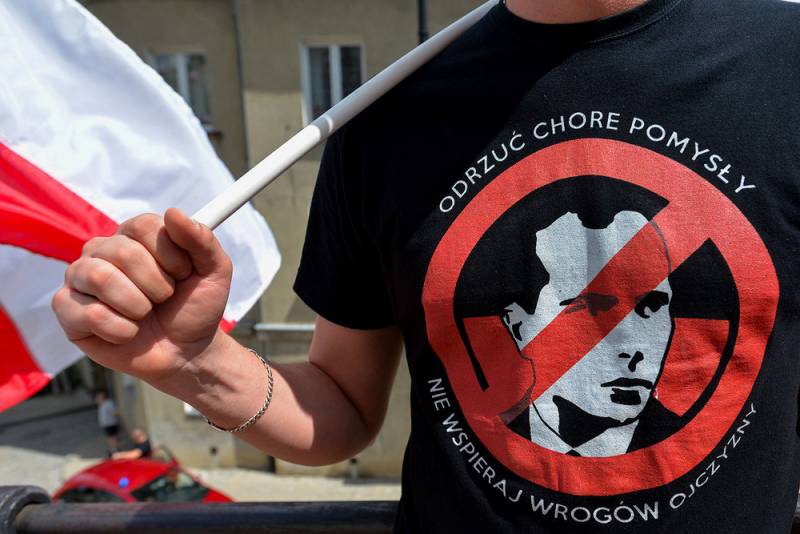 However, on the other hand, during the interview RIA NewsArguing about the possibility of ending the confrontation between countries, Walesa comes to rather strange conclusions.

Bandera killed the Poles, no matter what they say. From this point of view, he is a gangster in relation to the Poles

After which he concludes that if Bandera killed the Poles "for Ukraine", then we can assume that he "went in the direction of a free Ukraine."

In his opinion, the conflict can disappear only after 2-3 generations of Poles are replaced, so that Poland understands that by killing the Poles, Bandera did well for Ukraine.

The only thing that can come to mind after the words of Walesa is that the seventy-five-year-old ex-president, due to his age, began to lose touch with the outside world and ceases to understand what is happening if he believes that the Poles can forgive Bandera for the lives of tens of thousands of Poles killed by the Bandera during the Volyn massacre in 1943 year.

Judging by the number of Polish youth participating in anti-Bandera actions on the territory of Poland, the Poles will never forgive Bender, so that he wouldn’t think of Valence there.
Ctrl Enter
Noticed oshЫbku Highlight text and press. Ctrl + Enter
We are
"Bandera Day" received an assessment of Russia
IMF puts Ukraine on the needle of tranches: Kiev will receive $ 1,5 billion
Reporterin Yandex News
Read Reporterin Google News
Ad
The publication is looking for authors in the news and analytical departments. Requirements for applicants: literacy, responsibility, efficiency, inexhaustible creative energy, experience in copywriting or journalism, the ability to quickly analyze text and check facts, write concisely and interestingly on political and economic topics. The work is paid. Contact: [email protected]
Information
Dear reader, to leave comments on the publication, you must sign in.