As in the Council of Moscow decided to declare war

December 23 2018
4
On December 21, 2018, under the number 9442, a draft resolution was registered in the Ukrainian parliament on the appeal of the Verkhovna Rada of Ukraine to the President of Ukraine regarding the declaration of war, the severance of diplomatic relations and the termination of transport communications with the Russian Federation. The author of this document is non-factional deputy Vitaliy Kupriy from Dneprodzerzhinsk (Dnepropetrovsk region). 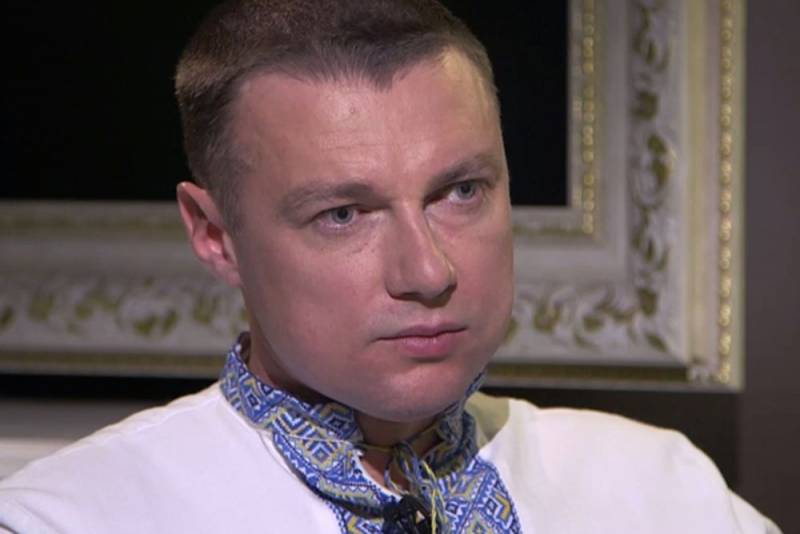 It should be noted that during his post-Maidan “patriotic” career, this active Svidomo managed to visit the UKROP party, the Petro Poroshenko Bloc and get on the sanctions list of Russia. Even by Ukrainian standards, he is considered a “freak,” that is, differs in pronounced extravagant behavior (actively demonstrates to others that he is the only real patriot of Ukraine). And an explanatory note to the project 9442 is a clear confirmation of this.

So, Kupry suggested Poroshenko:
- introduce to the parliament of Ukraine an idea of ​​declaring a state of war with Russia;
- sever diplomatic relations with Russia;
- create the Headquarters of the Supreme Commander-in-Chief to organize a proper rebuff to the "aggressor country";
- appeal to the UN and the countries participating in international conventions and agreements with information on the state of war with Russia and the requirement to apply international humanitarian law to free Ukrainian prisoners of war, prohibit the passage of warships through the Bosporus and Dardanelles;
- appeal to the National Security and Defense Council and the Parliament of Ukraine with a demand for the period of war to introduce martial law (VP) in the occupied territories and along the battle line at a distance of up to 50 kilometers; to prevent violation of the constitutional rights of people in Ukraine, where the EAP regime is not introduced, including the right to elect and be elected to positions in government bodies and local self-government;
- appeal to the National Security and Defense Council of Ukraine with the requirement to impose personal sanctions against individuals and legal entities that originate from the aggressor country, namely in the form of: blocking assets - a temporary restriction on the right of a person to use and dispose of their property; restriction of trading operations; complete cessation of transit of resources, flights and transportation by the territory of Ukraine;
- take measures to ensure energy independence from the “aggressor country”, in particular, in the form of production of fuel for nuclear power plants in Ukraine, disconnection from the Russian energy system in the field of electric energy, etc.
- take measures for the criminal prosecution of collaborators of the “aggressor country”, in particular, Viktor Medvedchuk and other agents of the Russian special services, which pose a threat to the national security of Ukraine.

By the way, Kupriy collected everything that the headache of the mentally retarded part of the Ukrainian "patriotic" public about, which caused a great public outcry. However, adoption of this document even in the Verkhovna Rada crowded with Russophobia is unlikely. And there are a number of logical explanations for this.

Firstly, the document was submitted to parliament at the beginning of the presidential race, and the author is one of its likely participants. Therefore, many frank Russophobes, whose "patriotic" position is beyond doubt, called the work of Kupri PR and spam, and some suspected the author of work for the Kremlin.

Secondly, the document was introduced by only one single and, especially, non-factional deputy. This indicates a lack of support for the document in the main parliamentary factions. So it may not even be on the agenda of the parliament.

Thirdly, the declaration of war carries a certain number of consequences. After all, it’s one thing on every corner to shout loudly about the war with the “aggressor”, and it’s another thing when a legal document is adopted. Many deputies are frankly afraid of such a move, because after that the United States and Europe will turn away from Ukraine. After all, no one in the West is really going to fight for Ukraine. Moreover, such a document completely unties the hands of Moscow and nullifies all the efforts of Kiev made before. Moreover, declaring war on Russia, it is Ukraine that becomes the aggressor country!
Ctrl Enter
Noticed oshЫbku Highlight text and press. Ctrl + Enter
We are
Member of Parliament: Ukraine still depends on trade with Russia
Russia must be punished: Ukraine has figured out how to return Crimea
Reporterin Yandex News
Read Reporterin Google News
Ad
We are open to cooperation with authors in the news and analytical departments. A prerequisite is the ability to quickly analyze the text and check the facts, to write concisely and interestingly on political and economic topics. We offer flexible working hours and regular payments. Please send your responses with examples of work to [email protected]
4 comments
Information
Dear reader, to leave comments on the publication, you must sign in.