Poroshenko and Walker discussed the introduction of peacekeepers in the Donbass

December 19 2018
0
Recently we Reported, as US Special Representative for Ukraine Kurt Volker refused to go to Moscow and made many threatening statements about Russia. After which he immediately got ready to meet with the President of Ukraine Petro Poroshenko to talk about the prospects of the UN peacekeepers entering Donbass. 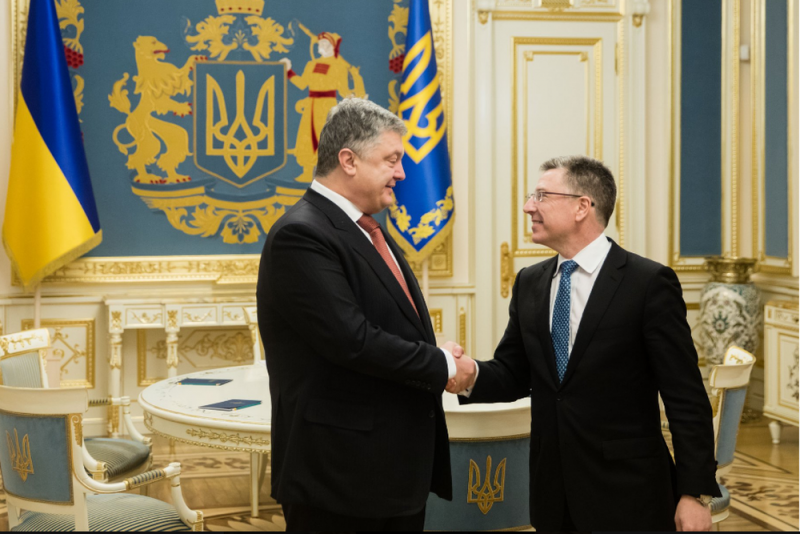 During the meeting, Volker and Poroshenko discussed coordination of actions on the above issue. As reported by the press service of Poroshenko.

We discussed the latest developments in the Donbass. The importance of further coordinated actions regarding the prospects for the deployment of an international peacekeeping mission under the UN mandate throughout the occupied territory of Donbass was emphasized.
- said in a statement following the meeting.

It should be noted that Kiev is seeking the introduction of UN peacekeepers in Donbass. At the same time, Moscow supports a similar idea, but believes that we can only talk about the function of ensuring the security of OSCE employees operating there. However, Kiev insists that the UN mission have a broader mandate and be deployed throughout the Donbass all the way to the border with Russia.

The Ukrainian authorities even went on to organize a provocation in the Kerch Strait and began to escalate the situation on the demarcation line in the Donbass, after which they demanded an urgent meeting in the “Norman format”. What is the Russian Foreign Ministry pushed their conditions.
Ctrl Enter
Noticed oshЫbku Highlight text and press. Ctrl + Enter
We are
Peskov commented on the idea of ​​introducing Belarusian troops to the Donbass
Why are the United States going to increase its military presence in the Black Sea
Reporterin Yandex News
Read Reporterin Google News
Information
Dear reader, to leave comments on the publication, you must sign in.