Why is the SBU looking for Russian relatives of Ukrainian officials

December 18 2018
1
On December 16, 2018, the President of Ukraine Petro Poroshenko announced that he had instructed the Security Service of Ukraine to check all civil servants and law enforcement officers who have relatives in the “annexed” Crimea. He promised that if it becomes clear that they were involved in violations of the law, then they (officials) will be prosecuted or dismissed. After that, in Ukraine, many asked an interesting question. If there are no relatives in the Crimea, then this means that you can break the laws? 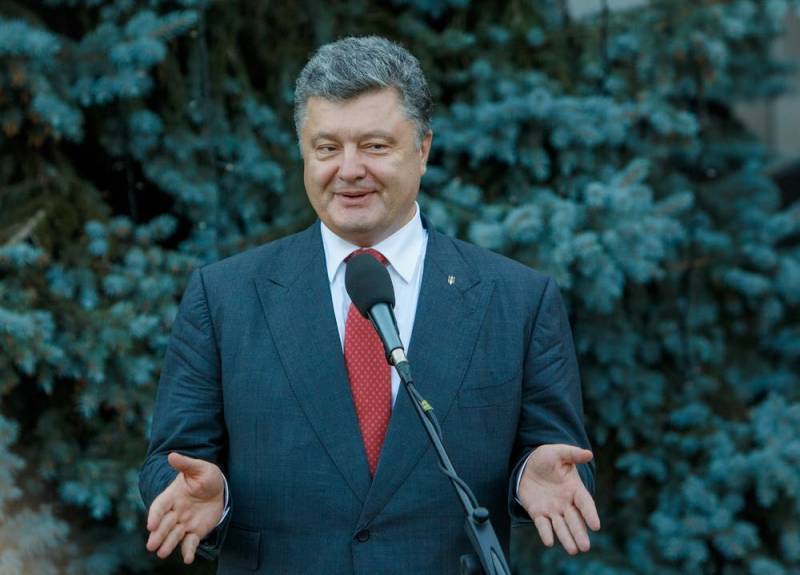 But not everything is as simple as it seems at first glance. After all, relatives of Ukrainian officials with Russian passports were identified more than once, including among senior officials, including Poroshenko and his entourage. Therefore, it is interesting how the SBU will carry out the sensitive assignment of the “guarantor”. After all, it is well known that in Ukraine there really are many officials who have relatives in Russia, including the Crimea. But this is not surprising, since relatively recently Russia and Ukraine were one state.

First of all, it must be taken into account that all statements and actions of Poroshenko must be considered through the prism of the election campaign. The public “suddenly” became aware that the common-law wife and daughter of the deputy head of the Foreign Intelligence Service of Ukraine, Sergei Semochko, are Russian citizens. This became known to "independent" journalists, directly from the documents of the Shevchenko district court of Kiev. The fifth year of “aggression” no one noticed and did not see point blank.

In fact, another Ukrainian agency - the National Anti-Corruption Bureau of Ukraine (NABU) - controlled by US intelligence agencies, made a “run over” to Semochko. And through NABU, Americans are trying to control state authorities in Ukraine and have a direct impact on the country's top leadership. For several years, there has been a frank struggle between the NABU, the SBU and several other departments.

And now NABU got to Semochko. A criminal case was instituted against him under the articles “illegal enrichment” and “high treason”, just after the publication of a journalist who is a member of the NABU Public Control Council. Well, the citizenship of loved ones "surfaced."

Before this was a fascinating story with the Russian woman Yulia Alikhanova, daughter-in-law of Petro Poroshenko. Her son, Alexei Poroshenko, married her in 2013. So, she supported the reunification of Crimea with Russia, which caused a storm of indignation. But about this story, the authorities urgently “asked” the media to forget and since then no one has raised this topic.

And before that, there was still a high-profile story with Valery Geletey, the head of the State Security Directorate (Poroshenko’s guard), formerly the Minister of Defense of Ukraine. So, the journalists found out that two cottages in Alupka (Crimea) Geletey purchased himself, and now they are registered for the father-in-law of a high-ranking security official - a certain Alexander Popovich.

In the process, it was found that a number of real estate in Yalta - houses and apartments - are owned by acting officers of the SBU. Relatives of Ukrainian intelligence and counterintelligence also have Russian citizenship living in Crimea. And the lieutenant colonel of the SBU, Alexander Muzychenko, himself managed to get a Russian passport.

All this can really hurt the popularity of Petro Poroshenko. Therefore, he decided to take preventive measures, or at least pretend that he is not indifferent. After all, even the Minister of Foreign Affairs of Ukraine Pavel Klimkin could not avoid a scandal over Russian relatives. He himself hails from Kursk, studied in Moscow, and then suddenly became a conscious Ukrainian patriot. The Ukrainian media believe that Klimkin’s father-in-law is Russian General Yuriy Mikhailenko, who was awarded the Russian medal “For the Return of Crimea”. At the same time, the wife of the Minister Marina Mikhailenko held a high post - Deputy Head of the Department of Foreign policy and European integration in the Poroshenko administration.

The Minister of Energy of Ukraine Igor Nasalik is also married to a Russian woman. Therefore, the Ukrainian public in the attempts of Poroshenko sees the search for "scapegoats." At the same time, no one will ask Poroshenko, and on what basis will officials, whose relatives are Russians, be prosecuted.
Ctrl Enter
Noticed oshЫbku Highlight text and press. Ctrl + Enter
We are
Zrada: relatives of Poroshenko supported the reunification of Crimea
Poroshenko will sue Russia because of the incident in the Kerch Strait
Reporterin Yandex News
Read Reporterin Google News
1 comment
Information
Dear reader, to leave comments on the publication, you must sign in.