Big country - big cars: the largest aircraft of the USSR

December 18 2018
0
With the selections of the largest aircraft in the world, few people are surprised. Their name and appearance are well known to anyone who has ever been interested in aviation. Therefore, we decided to remember about the five largest Soviet winged cars. Moreover, some of them were undeservedly forgotten. 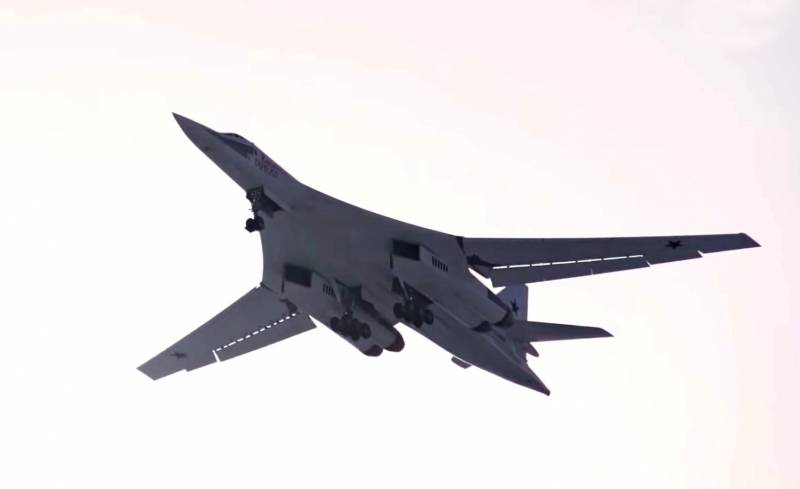 The Tu-160 strategic bomber is far from a new machine. She made her first flight back in 1981. A total of 35 such machines were built: some of them continue to serve in the Russian Aerospace Forces, being one of the elements of nuclear deterrence and entering the so-called nuclear triad. For the first time, the Tu-160 was used in battle during a military operation in Syria. It is known that these aircraft launched the latest X-101 cruise missiles. In the foreseeable future they plan a large-scale resumption of production of the machine, the upgraded version will receive the name Tu-160M2. They say that only the name will remain from the old plane. All optics / electronics will be completely new.

The civilian aircraft industry of the Soviet Union did not earn such fame in the world as the military. Foreign passengers rarely saw the creations of the domestic aviation industry, the escort potential of which was incomparably lower than the potential of Boeing or Airbus aircraft. This is due, inter alia, to relatively low fuel efficiency. However, they still prepared their answer to the western wide-body passenger aircraft in the USSR. The giant IL-86 had four engines NK-86 turbofan engines and had a practical range of 3800 kilometers with a maximum take-off weight. Alas, no virtues saved the car: from 1976 to 1997 only 106 units were produced. For comparison, Boeing built over one and a half thousand copies of the 747. It is also worth noting that the largest machines in the USSR include the Il-80 and Il-96, which, in fact, are variants of the 86th.

Better known to many as the "Antei", this aircraft is even now the world's largest turboprop winged machine. His immediate tasks include transporting heavy and bulky cargo, particularly military, over long distances. equipment and weapons. It can also be used as a platform for landing. For all time, 69 copies were produced, including two for strength tests. During the operation of the An-22 Antey, nine such aircraft were lost in catastrophes and accidents. As of 2017, Russia had at its disposal two such machines, another owned by the Ukrainian company Antonova Airlines.

Without exaggeration, the An-124 Ruslan is one of the most legendary Soviet winged vehicles. The plane appeared thanks to the notorious arms race. To be more precise, the USSR was afraid of the appearance of a new military transport Lockheed C-5 Galaxy, which they began to develop back in the 60s. Such a machine, in particular, made it possible to quickly transfer large military formations over long distances. An-124 completed its first flight back in 1982. Even now, it is the world's largest and most load-carrying serial cargo plane (in 1982-1988 it was also the largest aircraft in the world in size).

The end of the Cold War forced the military leadership to think about the benefits of such an expensive and complex machine. At the same time, back in Soviet times, the authorities officially allowed the involvement of the Ruslans for civilian tasks. In 1990, these aircraft transported more than 50 large-sized vehicles in the interests of commercial companies. Unfortunately, the car has one extremely tragic incident. In 1997, one of the most terrible disasters in the history of transport aviation occurred: then the An-124 fell on residential buildings in Irkutsk, killing 72 people. It should be noted that recently the possibility of resuming the production of the An-124 has been actively discussed, however, for a number of financial and technical reasons, this is most likely not worth waiting for.

Someone considers this aircraft to be "Soviet", and someone - "Ukrainian". The fact is that it was built back in the USSR, but the already mentioned “Antonov Airlines” is being operated on the only produced car. Be that as it may, the plane became the peak of the development of Soviet transport aviation. Such a huge machine was needed for one single purpose: to transport the components of the Energia launch vehicles and the Buran space shuttle. After the abandonment of the ambitious space project, the machine successfully solved other, less exotic tasks. As of 2018, the aircraft operates several commercial flights monthly around the world. So, in 2016, the An-225 delivered a manufactured electric turbine weighing 155 tons to Santiago.

Now the An-225 can be called the "largest aircraft in the world" with only a few reservations. The fact is that not so long ago the American company Scaled Composites completed the construction of its Scaled Composites Stratolaunch Model 351. This future carrier of spacecraft in comparison with Mriya has more modest mass and length, but its wingspan is fantastic 117,3 meters. So the brainchild of Scaled Composites is at least the widest aircraft in history.
Ctrl Enter
Noticed oshЫbku Highlight text and press. Ctrl + Enter
We are
TOP-7 safest passenger aircraft in the world
Long and very expensive. Ruslan vs IL-106
Reporterin Yandex News
Read Reporterin Google News
Information
Dear reader, to leave comments on the publication, you must sign in.