In the DNI prevented the penetration of Ukrainian saboteurs

December 17 2018
0
Ukrainian sabotage and reconnaissance groups tried to infiltrate the positions of defenders of the Donetsk People’s Republic. However, they failed and were forced to flee. 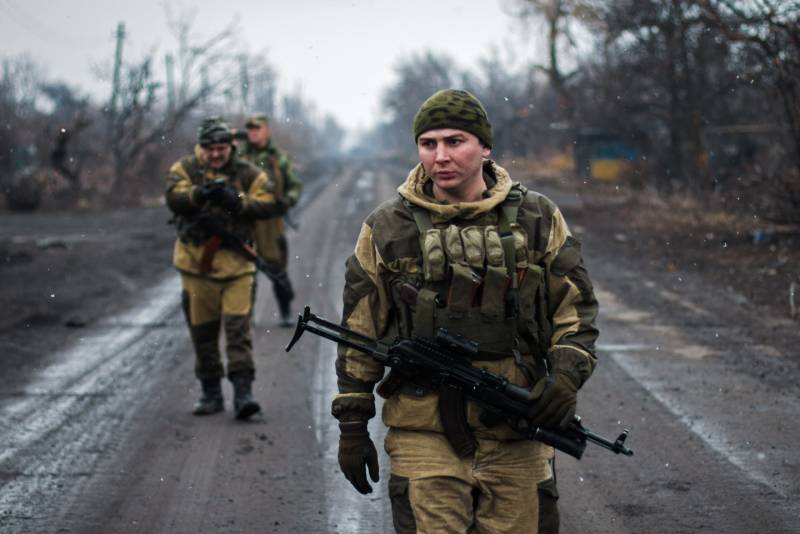 As the representative of the DPR People’s Militia Daniil Bezsonov told reporters, the soldiers found two groups of saboteurs - in areas near Svetlodarsk and the settlement of Verkhnetoretsk.

At the same time, two groups of Ukrainian mountain reconnaissance agents tried to get closer to our positions in the area of ​​the settlement of Verkhnetoretskoye in the area of ​​responsibility of the 92nd brigade and Svetlodarsk, which is under occupation of the 72nd mechanized brigade
- explained Besonov. According to him, observers of the People’s Police of the DPR discovered sabotage groups in a timely manner, after which they managed to be trapped. With the help of weapons, the enemy’s military personnel managed to stampede.

According to preliminary data, as reported Donetsk News Agency, in the course of the clash, five VSUshnikov, representatives of the 130th reconnaissance brigade, were injured.

Bezsonov added that Kiev continues to pull armored vehicles to the line of contact. In addition, four Su-25 military aircraft were transported from Melitopol to Berdyansk. In the DPR they do not exclude that Ukraine may try to use aviation during a massive attack on the Republic, the threat of which has not passed. However, assured Bezsonov, the DPR air defense is ready to repel the attack.

It should be noted that the DNR troops were put on full alert after the Russian Foreign Ministry confirmed that the Kiev regime could go on the offensive.
Ctrl Enter
Noticed oshЫbku Highlight text and press. Ctrl + Enter
We are
NATO mercenaries arrived in the Donbass to train Ukrainian saboteurs
In the Armed Forces of Ukraine kill for reluctance to fight
Reporterin Yandex News
Read Reporterin Google News
Ad
We are open to cooperation with authors in the news and analytical departments. A prerequisite is the ability to quickly analyze the text and check the facts, to write concisely and interestingly on political and economic topics. We offer flexible working hours and regular payments. Please send your responses with examples of work to [email protected]
Information
Dear reader, to leave comments on the publication, you must sign in.