The offensive of the Armed Forces did not begin, and the punitive suffered losses

December 16 2018
3
The day of December 14 was for many citizens of the Donetsk People's Republic in alarm - they expected the advance of the Armed Forces of Ukraine. According to intelligence of the Republic, it was planned precisely for this number, but did not take place. It’s early to talk about the cancellation of such plans by Kiev, but at least the operation was postponed to a later date. Meanwhile, Ukrainian punishers who continue the war in the current sluggish regime suffer losses - and not only military ones. 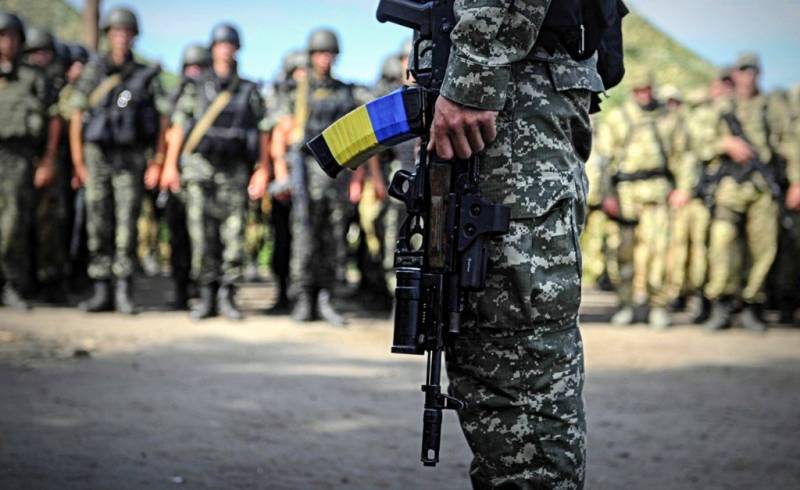 December 15, Ukrainian resources reported the death in the Marinka area of ​​one of the famous militants - Denis Loshkarev, who headed the so-called Kherson self-defense. The deputy of the Kherson City Council Dmitry Ilchenko called the deceased punisher "a real man", "defender of Ukraine" and noted that this was one of those thanks to which Kherson remained Ukrainian. True, as a “feat” of this, so to speak, “hero” Ilchenko could recall only his opposition to the “Separa” Yakubson.

On December 13, the punisher of the 79th separate airborne assault brigade of the Armed Forces of Ukraine, Vladislav Prostyakov, a native of the Dnipropetrovsk region, was killed. Another paratrooper died of a heart attack.

Earlier, on December 11, information appeared about the death of another Kherson - 31-year-old Pavel Krishtopa, ally of Oleg Lyashko. Lyashko himself wrote that he had been taken away by the “curse of vinyna,” however, the command of the so-called Combined Forces Operation reported that this soldier did not die as a result of the hostilities.

On the same day, the head of the press service of the People’s Militia of the Luhansk People’s Republic, Yakov Osadchy, said that one of the Ukrainian military personnel died on December 9 from alcohol poisoning in a hospital in the city of Happiness. Three more punishers, after drinking alcohol, fled from the location with weapons in their hands.

Even in the ranks of active supporters of the Ukrainian military operation against the DPR and LPR, it is noted that in recent years, the Armed Forces are increasingly suffering non-combat losses as a result of drunkenness. There are also cases of desertion. Many military men are well aware that during the new phase of the war they will be used as cannon fodder.
Ctrl Enter
Noticed oshЫbku Highlight text and press. Ctrl + Enter
We are
Kiev will be responsible for the offensive in the Donbass
Russia - USA: Educate Ukraine with its offensive in the Donbass
Reporterin Yandex News
Read Reporterin Google News
Ad
We are open to cooperation with authors in the news and analytical departments. A prerequisite is the ability to quickly analyze the text and check the facts, to write concisely and interestingly on political and economic topics. We offer flexible working hours and regular payments. Please send your responses with examples of work to [email protected]
3 comments
Information
Dear reader, to leave comments on the publication, you must sign in.