US faces a massive financial crisis

December 14 2018
0
Forecasting the growth of US federal debt and the burden of servicing it to historically record levels leads experts to disappointing conclusions. 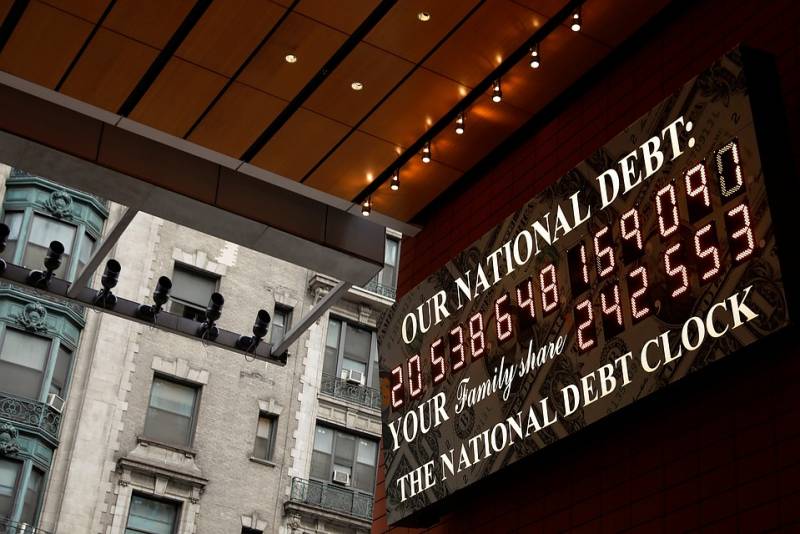 Analysts at the Modys rating agency estimated that at present, US budget spending is 2% higher than revenue.

According to experts, if this trend does not change and the budget will be further burdened by the need for health care and social security expenses, then by 2028 the result of such a financial policy there will be a budget deficit of 8% of GDP, against the current 4,8% of GDP in the current fiscal year.

The expert opinion states that the estimated budget deficit in 2028 will be almost equal to the deficit with which economy The United States faced during the global financial crisis in 2008-2009. Then the budget deficit reached a value of 9,8% of GDP and was "flooded" by the money supply.

According to Modys experts, such a development can lead to "pressure on the credit rating."

However, a small but significant correction needs to be made in the forecast of American experts: as long as the dollar is the main and non-alternative currency in international settlements, the US will survive the financial crisis of any scale much more easily than any other state on the planet.
Ctrl Enter
Noticed oshЫbku Highlight text and press. Ctrl + Enter
We are
Russia will live with a surplus budget: the “three-year plan” approved by the Federation Council
Trump did it! US budget deficit breaks records
Reporterin Yandex News
Read Reporterin Google News
Ad
The publication is looking for authors in the news and analytical departments. Requirements for applicants: literacy, responsibility, efficiency, inexhaustible creative energy, experience in copywriting or journalism, the ability to quickly analyze text and check facts, write concisely and interestingly on political and economic topics. The work is paid. Contact: [email protected]
Information
Dear reader, to leave comments on the publication, you must sign in.