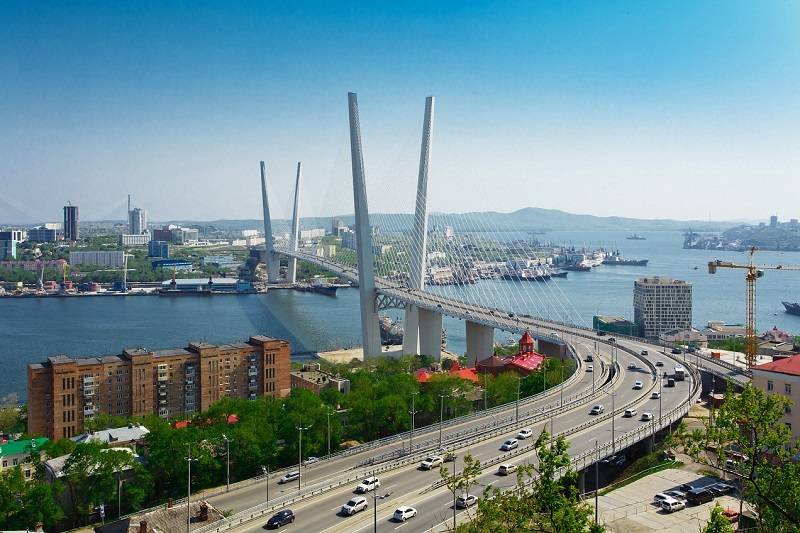 Recall that the initiative to transfer the capital of the district was made by the acting head of Primorye Oleg Kozhemyako. It was he who wrote a letter to the head of state in which he substantiated his position. The president agreed with arguments Kozhemyako.

There is nothing surprising in the president’s decision - Vladivostok really is not just the economic center of the region, but also a kind of symbol of the Russian Far East. Therefore, the initiative to transfer the capital met with full approval in the Russian parliament.

The new status will allow Vladivostok to develop more efficiently, in particular - it will create new jobs in the city, attract both Russian and foreign investments. Indeed, now the issue of economic development of the Far East is very acute, especially if we talk about the need to expand the Russian presence in the Asia-Pacific region.
Ctrl Enter
Noticed oshЫbku Highlight text and press. Ctrl + Enter
We are
Putin approved the transfer of the capital of the Far East
Dmitry Medvedev decided what to do with right-hand drive cars
Reporterin Yandex News
Read Reporterin Google News
Ad
We are open to cooperation with authors in the news and analytical departments. A prerequisite is the ability to quickly analyze the text and check the facts, to write concisely and interestingly on political and economic topics. We offer flexible working hours and regular payments. Please send your responses with examples of work to [email protected]
2 comments
Information
Dear reader, to leave comments on the publication, you must sign in.