Trump promised to defeat ISIS in a month

December 12 2018
0
On December 11, 2018, U.S. President Donald Trump, made a promising statement when he signed the Act on Assistance to Genocide Victims in Syria and Iraq (Iraq and Syria Genocide Emergency Relief and Accountability Act). The White House resident solemnly promised that the members of the Islamic State terrorist group (banned in Russia) would be driven out of their territories for a month, i.e. in 30 days. 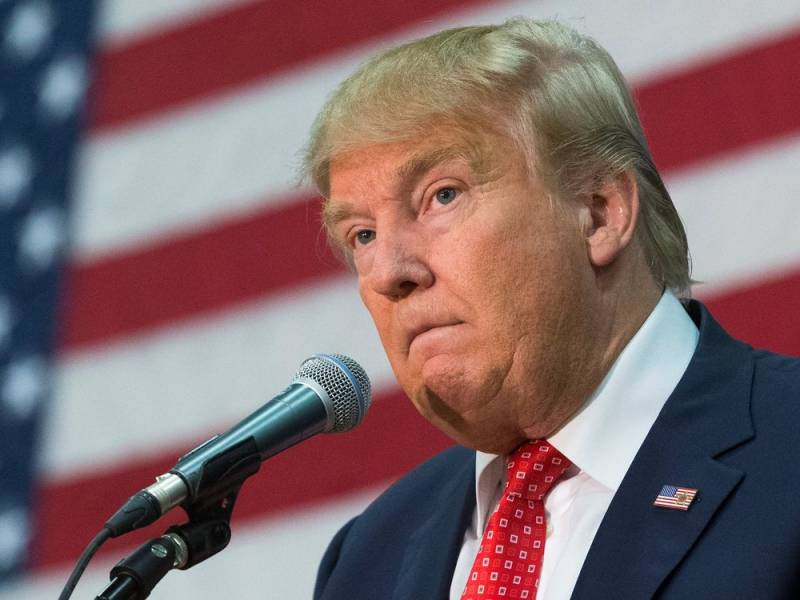 After that, Trump plunged into discussions about what efforts Washington has made in the fight against the international terrorist threat over the past years. And he clarified that the United States did an extremely serious job fighting ISIS terrorists around the world, especially in Syria and Iraq. And the victims of genocide do not mean those who died under US bombing.

Trump indicated that ISIS in recent years has "committed terrible atrocities against religious and ethnic minorities in Syria and Iraq, including against Christians, Yezidis, and Shiites." He added that the signed law allows government departments to help groups investigating terrorist crimes. This means that the United States will continue to put itself above international law without any mandates, independently intervening in the affairs of other states.

Now they are already very few in this region. Over the next 30 days, not a single one will be left.
- declared Trump.

Trump did not specify whether there will be a centralized evacuation of such a useful American asset as ISIS from this region to other countries (Libya, Afghanistan) or they will simply be all written to Kurds who have a serious problem. The second option for Washington is preferable. After that, ISIS will officially cease to exist, and Trump will be able to announce to the whole world the victory over terrorism and stand in line for a peace prize.

Meanwhile, in the coming days, a large-scale military operation of the Turkish army in northeastern Syria will begin, just where the Kurds and ISIS can create a mutually beneficial symbiosis. For some, this is an increase in combat effectiveness (after all, the full-fledged invasion of a half-million Turkish group hanging from the north is not a joke), for others, legalization under the guise of “Kurds” who speak Arabic.

An operation to cover up terrorist activities in Syria and Irk, called “Unshakable Determination,” continues. It was launched in 2014 without a UN mandate. Then the United States and its allies decided to openly intervene in what is happening in Syria and Iraq and chose the plausible excuse to “fight” terrorism. After that, the blood flowed much more abundantly. And only thanks to the intervention of Russia and Iran was it possible to save Syria and Iraq from an imminent civilizational catastrophe. How it will be next, time will tell. But Washington is clearly not going to leave these countries alone.
Ctrl Enter
Noticed oshЫbku Highlight text and press. Ctrl + Enter
We are
Kurds catch ISIS assistant leader
British Chief of General Staff: Russia is more dangerous than ISIS
Reporterin Yandex News
Read Reporterin Google News
Ad
We are open to cooperation with authors in the news and analytical departments. A prerequisite is the ability to quickly analyze the text and check the facts, to write concisely and interestingly on political and economic topics. We offer flexible working hours and regular payments. Please send your responses with examples of work to [email protected]
Information
Dear reader, to leave comments on the publication, you must sign in.